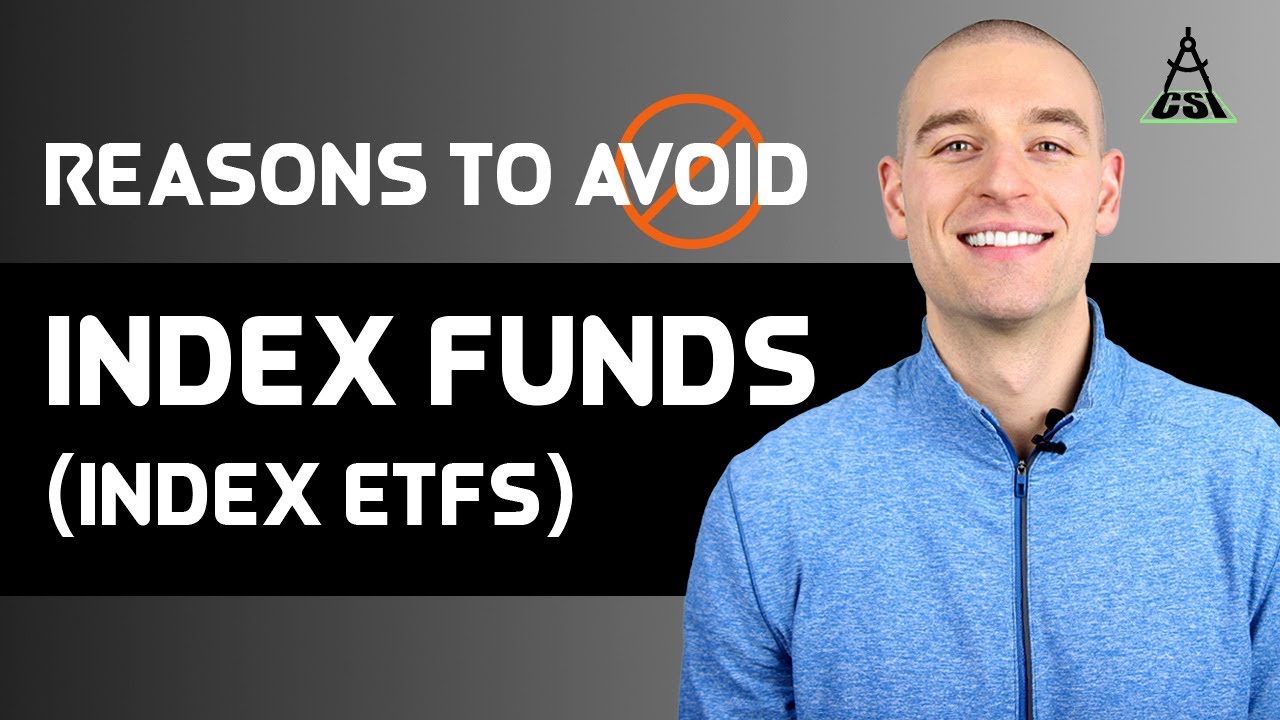 If you’re a fan of my Common Sense Investing channel, odds are you’re already on board with the idea that index investing makes a lot of sense, while trying to pick individual stocks or invest in actively managed funds is best avoided like a plague on your wealth.

Understanding this truth apparently puts you way ahead of most Canadians who are still daring to chase after yesterday’s hot returns. As of year-end 2018, only 11.5% of assets invested in Canadian mutual funds or ETFs were in index funds.

Clearly, more people in Canada should subscribe to my channel. They could then learn – as you’re about to – the three most common excuses I see active managers using to try to convince you that index fund investing is lame. I’ll also let you in on why I believe they’re wrong. I am unaware of any valid reasons to avoid index fund investing.

Let’s start with a classic fallback line I’ve often heard from active investing advocates: They say that index funds are riskier, since you’re invested in the entire market through all of its ups and downs. Supposedly, an active manager can use analysis and intuition to protect you during downturns.

This should not instill confidence in anyone betting on active management to save them in a down market. If active funds don’t dependably offer protection when stocks fall, there is no basis to claim that index funds are riskier for investors who stay the course through thick and thin.

Active management also introduces another element of risk. We know that markets are risky. They go up and down in value as investors’ future expectations change. An active manager is still taking on this market risk and its extra expected returns. They also are taking on the added active risk that their individual stock bets may not pay off as hoped for. Worse, because a rational investor can eliminate active risks through diversification, they don’t offer extra expected returns.

That’s why I would argue that active management is far riskier than index investing. It introduces an additional level of risk, with no additional expected return.

Along a similar theme, another common argument I hear is that index funds offer you less control over your individual holdings, since you end up buying all of the bad stocks along with the good ones. In theory, the right active manager should be able to help you consistently invest in only the good stocks while avoiding the bad ones.

This is another story that sounds great, but lacks historical data to support the claim. The biggest problem with only picking the good stocks? While it’s easy enough to identify yesterday’s winners, there is no way to consistently predict what tomorrow’s good stock will be.

This is in part because there’s a big difference between the quality of a company and the quality of its stock returns. For example, as reported here, from 2010–2017, when Google, Apple, Amazon, and Netflix shares were on a massive growth path, Domino’s Pizza stock returns dominated over all of these tech giants. It would have taken some serious predictive ability to have guessed that in advance.

This is not a small issue, either. My example is descriptive of how stock returns work. The Center for Research in Security Prices (CRSP) database is a comprehensive collection of roughly 26,000 U.S. stocks. From 1926–2015, only 1,000 of those 26,000 were responsible for all of the stock market’s returns in excess of Treasury bills. That is like finding a needle in a haystack.

We can think about this issue another way. Global stocks as a whole returned 8% per year on average from 1994–2017. If you missed the top 10% of performers each year, your average return would have dropped to 3.6% per year.

It is easy for an active manager to say that indexing results in owning all of the good and bad stocks. What they are not able to tell you, is how to outperform what the market as a whole is expected to deliver, by consistently picking future good stocks and avoiding future bad ones. The odds of success are just too steep.

When proponents of active management recommend avoiding index funds, they usually claim they can offer superior returns. Again, the data contradicts this claim.

The S&P/Dow Jones Indices has long published an annual S&P Indices Versus Active (SPIVA) Scorecard, showing us the percentage of funds in each category that were able to beat their benchmark index over a given period of time.

The SPIVA Canada mid-year 2018 report shows that the vast majority of actively managed funds were unable to beat their benchmark index over 1-, 3-, 5-, and 10-year periods. (Note, the percentages below depict the degree of active underperformance.

Of course, a typical rebuttal goes something like this: “I won’t invest with any old active manager. I’ll find a skilled one”. If you could achieve this, then you could ditch your index funds. But let’s dig into that idea for a moment.

Even over long periods of time, random chance dictates that some active managers will beat the market due to fickle fate rather than dependable skill. How do you know which it is? You basically won’t know, which makes finding a skilled manager exceptionally challenging.

In his landmark 1997 paper, “On Persistence in Mutual Fund Performance,” Mark Carhart demonstrated that persistence in mutual fund outperformance was mostly due to the common factors in stock returns, including size, value, and momentum – not to manager skill. The paper’s abstract concludes: “The results do not support the existence of skilled or informed mutual fund portfolio managers”.

In 2010, Eugene Fama and Kenneth French again studied mutual funds in their paper, “Luck ersus Skill in the Cross-Section of Mutual Fund Returns”. They found that, before costs, there were both skilled and unskilled managers, but the skilled managers were not skilled enough to cover their own costs.

Over the years I’ve seen many anecdotes of superstar fund managers who flamed out hard to finish their career. Were they lucky, or skilled? If they were skilled, why did their skill run out?

Take this article about fund manager David Baker, for example. In the 1970s, his 44 Wall Street Fund was the top-performing U.S. equity mutual fund of the decade. He even beat the famed Magellan Fund manager Peter Lynch over that time period. For the following decade, the 44 Wall Street Fund was the worst-performing fund, with investors losing 73 percent over the full period, while the S&P 500 grew 17.6% per year on average.

Or how about Bill Miller’s Legg Mason Capital Management Value Trust fund? As this piece reports, he beat the S&P 500 for 15 consecutive years ending in 2005. Starting in 2006, he led the fund to five years of mostly awful performance before handing management over to someone else.

None of this should come as a surprise. For manager skill to be statistically significant at a 95% level of confidence, it would take 36 years of 2% alpha (that is, 2% of an active manager’s excess risk-adjusted performance), with an alpha standard deviation of 6%. In translation, this means 10 or 15 years of outperformance tells us almost nothing about whether it’s been luck or skill.

With no way to consistently identify skilled managers ahead of time, it just doesn’t make sense to believe that you have a good chance of finding one who will best a basic index fund over the long haul. And, by the way, if you’re wondering, “What about Warren Buffett?” check out my last post, which covered the Oracle of Omaha’s stellar track record in detail.

Are you feeling better now about those “average” index fund returns, or do you still have a hankering for investing in actively managed funds? Post your thoughts in the accompanying video’s comments. After that, you can also tune into our weekly Rational Reminder podcasts.

Cameron and PWL have been leading advocates of evidence-based (indexed) investing for over 20 years in the Ottawa area. The team at PWL Ottawa serve a broad clientele, with a specialty in technology entrepreneurs and their employees.
Contact Cameron
More from Cameron