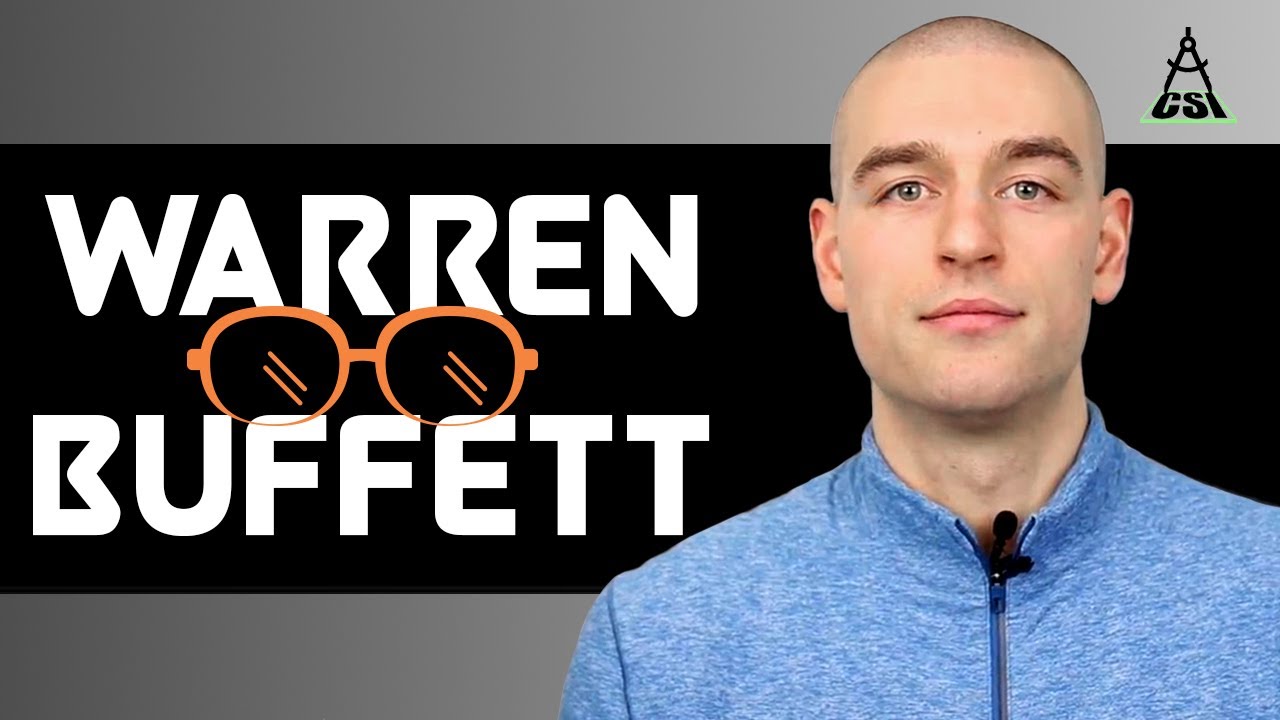 I can sum up some of the most common arguments I hear against index investing with a single name: Warren Buffett.

Buffett is chairman and CEO of American conglomerate Berkshire Hathaway, Inc. He’s also long been one of the richest people in the world. His personal net worth was last estimated at just over $84 USD billion. Buffet also is perceived to be a stock-picker. Thus, arguments I often hear go like this:

Indeed, Buffett is a wealth of wisdom, knowledge, and experience. He has truly been one of the greatest investors in modern history. These are facts that cannot be disputed. However, for me, even his clearly stellar track record doesn’t justify trying to pick stocks over the long run.

What does Buffett himself have to say about it? Fortunately, for more than 50 years, he has been sharing his thoughts in his Berkshire Hathaway’s Annual Shareholder Letters.

Let’s start with Buffett’s view on index investing. As much as stock pickers use him as an argument in their favor, Buffett himself has long been a proponent of investing in index funds. For example:

“Let me add a few thoughts about your own investments. Most investors, both institutional and individual, will find that the best way to own common stocks is through an index fund that charges minimal fees. Those following this path are sure to beat the net results (after fees and expenses) delivered by the great majority of investment professionals.” — 1996 Shareholder Letter

“The goal of the non-professional investor should not be to pick winners – neither he nor his ‘helpers’ can do that – but should rather be to own a cross-section of businesses that in aggregate are bound to do well. A low-cost S&P 500 index fund will achieve this goal.” [By “helpers,” Buffett is referring to stock brokers and high-fee fund managers] — 2013 Shareholder Letter

That’s a pretty clear message. But maybe it only applies to non-professional investors?

Buffett also has explained that investing in index funds is not enough. Whether you’re an ordinary investor or a “pro,” you also need to maintain a disciplined approach:

“[T]he ‘know-nothing’ investor who both diversifies and keeps his costs minimal is virtually certain to get satisfactory results. Indeed, the unsophisticated investor who is realistic about his shortcomings is likely to obtain better long-term results than the knowledgeable professional who is blind to even a single weakness.” — 2013 Shareholder Letter

I don’t know about you, but I am far more comfortable managing my investments assuming I am among the vast majority of “know-nothing investors.” I don’t presume I am among the far fewer knowledgeable professionals – especially the even rarer breed who are fully aware of and able to avoid their every instinct-driven weakness. Buffett also seems to think it is unlikely you’ll find a knowledgeable professional who has no blind-spot bias. This might explain his 2013 insights into how he has arranged for his own estate assets to be managed for the benefit of his wife.

“My money, I should add, is where my mouth is: What I advise here is essentially identical to certain instructions I’ve laid out in my will. One bequest provides that cash will be delivered to a trustee for my wife’s benefit. My advice to the trustee could not be more simple: Put 10% of the cash in short-term government bonds and 90% in a very low-cost S&P 500 index fund. I believe the trust’s long-term results from this policy will be superior to those attained by most investors – whether pension funds, institutions or individuals – who employ high-fee managers.” — 2013 Shareholder Letter

Buffett similarly put his money where his mouth was when he made a bet against Ted Seides, who was at the time a co-manager at hedge fund company Protégé Partners. The bet was that Ted could not pick five “funds of hedge funds” that would beat Buffett’s Vanguard S&P 500 Index fund investment over 10 years. The wager was not small, either; it was in the range of a $1 USD million (with the proceeds going to charity). Buffett handily won the bet in 2017. In fact, he was so far ahead, that Seides graciously conceded defeat several months ahead of time.

When he took the bet, Buffett explained the many reasons he was confident he would prevail:

“A lot of very smart people set out to do better than average in securities markets. Call them active investors. Their opposites, passive investors, will by definition do about average. In aggregate their positions will more or less approximate those of an index fund. Therefore, the balance of the universe—the active investors—must do about average as well. However, these investors will incur far greater costs. So, on balance, their aggregate results after these costs will be worse than those of the passive investors.” — 2016 Shareholder Letter

In his 2016 Shareholder Letter (when he was 86 years old), Buffett also explained, while some active investors will do well over time, he’d only identified about 10 or so in his life. This speaks to the massive odds against any active investor, and what I would call the overconfidence of anyone who believes themselves to be one of these exceedingly rare few.

What About Those Dividends?

Ok, I think you get the message. Buffett thinks most people should probably invest in index funds. Buffett’s name is also often invoked in defense of loading up on dividend-paying stocks. People seem to think he is a proponent of dividend investing because Berkshire Hathaway owns a lot of companies that pay dividends.

In his 2012 Shareholder Letter, Buffett explained in detail why he does not care whether a company pays a dividend. I won’t recite the whole thing, but he walks through the math to explain why, based on the numbers, any investor could easily prefer a company that does not pay a dividend. If you want to see the math it’s in the subsection entitled “Dividends” beginning on page 19. My point here is, Buffett clearly understands that a great business may or may not pay a dividend. Buffett himself has made the policy decision for Berkshire Hathaway to return capital to shareholders through share repurchases as opposed to dividends.

Finally, I have to touch on one of the discussions Buffett is most often thrown into. If markets are so efficient, how can Warren Buffett have beaten them for so long?

This question was answered in a paper entitled “Buffett’s Alpha,” published in the 2018 Financial Analysts Journal. In the paper, the authors analyzed Buffett’s past performance in terms of exposure to known factors. Factors are stock or bond characteristics that consistently explain higher average returns through exposure to certain types of risk. As I covered in my last post here, this explainable performance is known as beta. When beta fully explains a return, alpha essentially disappears.

For example, generally riskier value stocks tend to have higher average expected returns compared to growth stocks. So, if an investment professional generates higher returns by maintaining consistent exposure to value stocks, they are not demonstrating skill, or alpha. An index fund could replicate their results.

Value is one factor, but there have been many others observed in the data. The authors of “Buffett’s Alpha” found that most of his past outperformance appeared to be “neither luck nor magic but, rather, a reward for leveraging cheap, safe, high-quality stocks.” His ability as a manager to produce returns in excess of the risk taken through factor exposure ended up being statistically insignificant.

This is an important finding. The authors demonstrated Buffett’s success was probably not due to superior stock-picking, but to his de facto implementation of and adherence to factor-based investing.

I am not denying Buffett’s genius; I’m applauding it! He intuitively used factor investing decades before the rest of us caught on. Now that we do know factors exist, we should be further convinced: The best way to follow Buffett’s lead is not through picking stocks, but by maintaining consistent exposure to the factors that he embraced so much earlier than most of us.

The Common Sense kernel is as follows: If you take Buffett’s advice, you should not pick stocks. Not unless you have a tremendous amount of confidence in your abilities. Even then, go into it with the understanding that your confidence is highly likely to be unfounded. At least 99% of us are more likely to replicate Buffett’s long-term success by maintaining exposure to the factors that he intuitively leveraged before we more clearly understood them.

Not convinced? Let me know where you think my own blind spots may be. In the meantime, please share these posts, as well as my weekly Rational Reminder podcasts, with others who might be interested in seeing the Common Sense Investing light.

Cameron and PWL have been leading advocates of evidence-based (indexed) investing for over 20 years in the Ottawa area. The team at PWL Ottawa serve a broad clientele, with a specialty in technology entrepreneurs and their employees.
Contact Cameron
More from Cameron