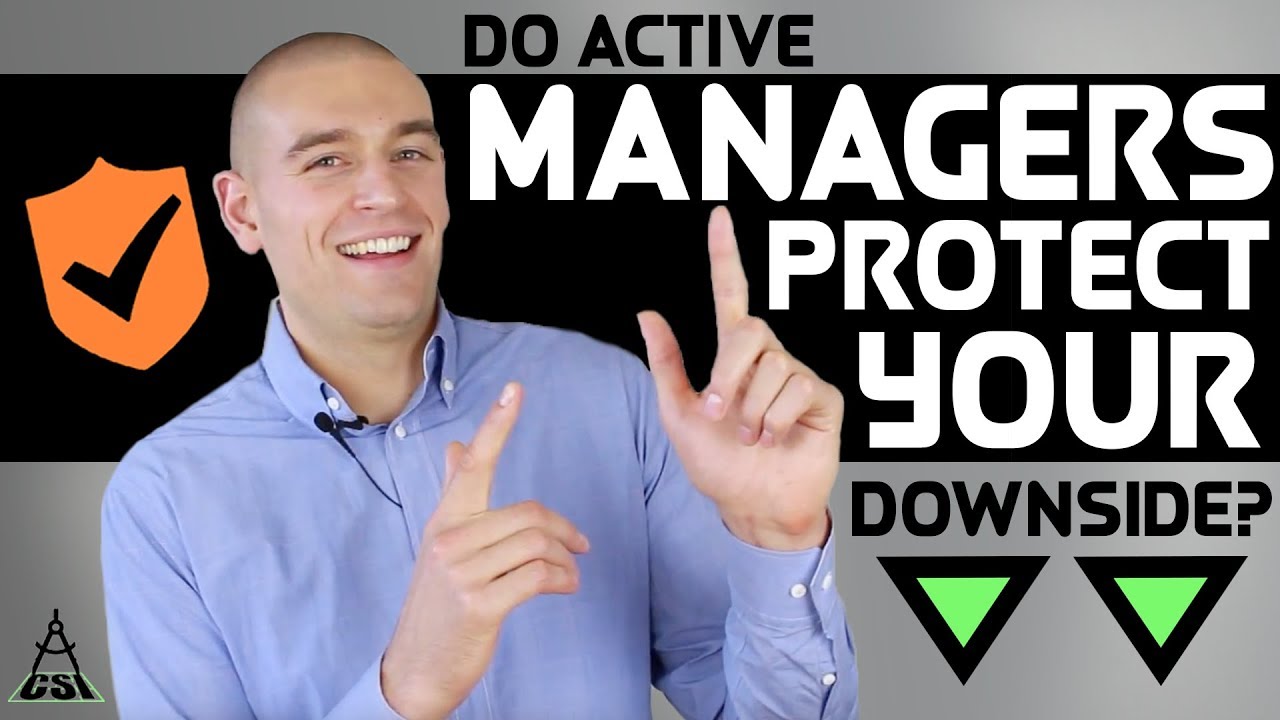 When you watch a magic act, it’s fun to be fooled. Even though we know it’s just a sleight of hand, it’s still entertaining when that torn-up card reappears out of nowhere.

Active money managers want you to believe that they can act defensively to mitigate the downside of stocks during a market downturn. This is one of the ways that active managers may try convince you that index funds are too risky. No investor likes the idea of passively sitting by while their portfolio falls with the market.

Investing in index funds means accepting the market through good times and bad, but active managers claim that there is a better way. Should you listen to them?

In this episode of Common Sense Investing, I’m going to tell you why your active manager is not able to protect your downside.

An index fund will continue to own all of the stocks in the index regardless of the external environment, meaning that when stocks are falling in value, you will continue to own them, and your portfolio will also fall in value. An active manager will claim that they can reduce your losses by making changes to the portfolio.

Remember that investing is a zero sum game.

Most actively managed funds underperform the market over the long-term, but active managers claim that in anticipation of a downturn, they might sell some of the stocks in your portfolio to insulate you from short term losses. You can always find active managers prognosticating the next market crash, and explaining what they are doing to prepare for it. Maybe they are holding cash, or buying only certain types of stocks.

There is no evidence that active managers, on average, have been able to produce better performance than index funds during down markets.

Vanguard’s research did not stop there. The paper also showed that outperformance in one bear market had no statistical relationship to outperformance in future bear markets. This is an indication that the funds that did outperform were merely lucky as opposed to skilled. This result was corroborated in a 2009 paper by Eugene Fama and Ken French titled Luck vs. Skill in the Cross Section of Mutual Fund Returns. They found that, on average, U.S. equity mutual funds do not demonstrate evidence of manager skill.

Join me in my next video where I will revisit my mini-series on alternative investments to tell you why hedge funds don’t really hedge anything.