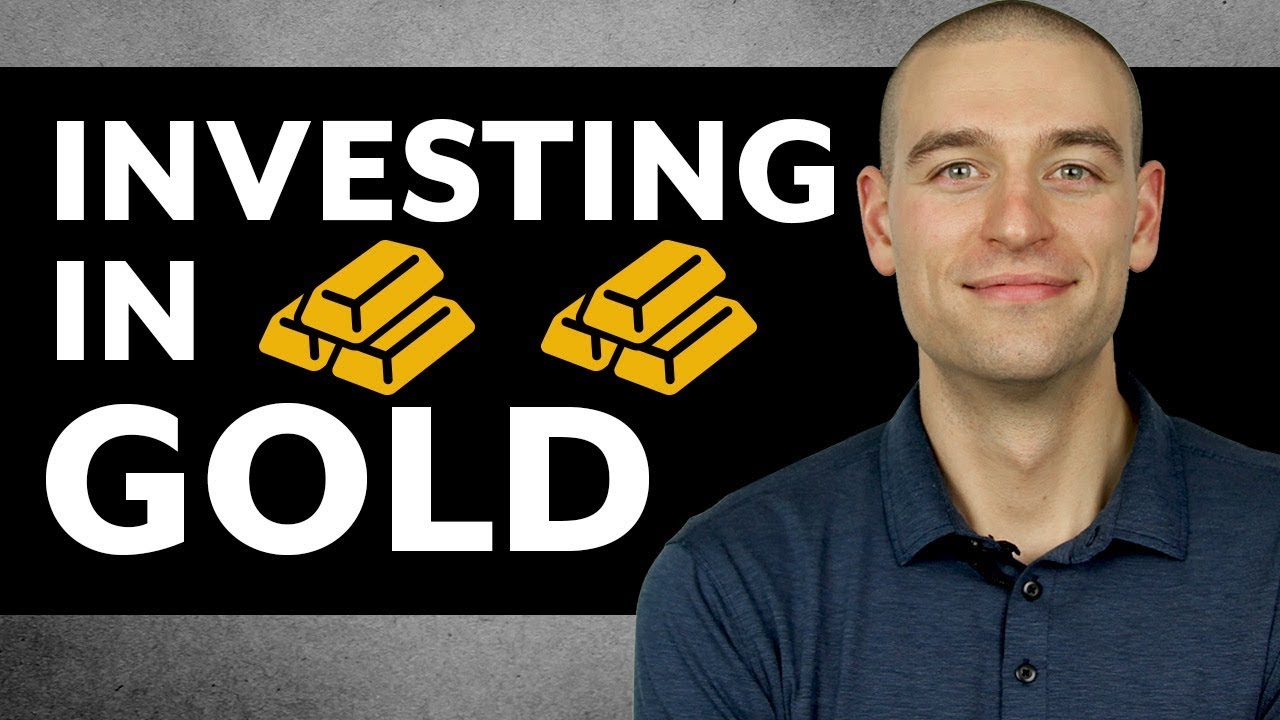 Sorry, but in today’s Common Sense Investing, I am going to tell you why gold’s glitter does not earn it a place in your portfolio after all. It may work well as a wedding band, but it doesn’t cut it as an investment.

Gold: What’s It Worth to You?

Any investment can be placed in one of four main categories:

Gold could be considered a commodity, with its limited utility in industrial production. It can be collectible. But these are not what drive the demand for gold. Gold is primarily used by people who buy it, and hope to sell it for more later on.

In , Warren Buffett created an excellent analogy to explain why this hope is highly irrational. He explained that the world’s gold stock at that time was worth about $9.6 trillion U.S. dollars. For that amount, Buffett explained, you could buy all of the cropland in the U.S. (400 million acres with roughly $200 billion in annual output), plus 16 ExxonMobils (each earning $40 billion annually), and you’d still have $1 trillion USD left.

So, which would you rather have – the gold or the durable goods? Buffett explained that a century from now, the farmland will have produced a massive amount of output, regardless of the currency regime. Exxon will have produced trillions of dollars in shareholder profits, while also growing its assets to be worth many more trillions.

The gold, on the other hand, will have remained unchanged in size and will still be unable to produce anything. As Buffett concludes, “You can fondle the [gold] cube, but it will not respond.”

Buffett’s argument makes logical sense, but let’s see how it holds up to data analysis.

Inflation Hedging for the Millennia

In a 2012 paper entitled The Golden Dilemma, Claude Erb and Campbell Harvey examined some common assumptions about gold. First they looked at gold as an inflation hedge, analyzing gold returns from 1975 (the year the U.S. came off of the gold standard), through March 2012. They found that, due to its real-price volatility, gold had not been a good inflation hedge over the short- or long-term.

They did find that, going back to the era of Emperor Augustus who reigned from 27 BC–14 AD, gold had been a pretty good hedge for inflation measured by military pay. So, if you have a liability due in 2,000 years, gold might be a good way to maintain your purchasing power. Campbell and Harvey explain:

“In ‘normal’ times, gold does not seem to be a good hedge of realized or unexpected short-run inflation. Gold may very well be a long-run inflation hedge. However, the long-run may be longer than an investor’s investment time horizon or life span.”

Inflation hedging is only one reason people buy gold. People also buy it as a supposed safe haven, hoping it will do well when everything else is doing poorly.

Erb and Harvey also looked at this in their paper. They found that 83% of the time stock returns were negative, gold returns were positive.

I looked at data for the gold spot price and the MSCI All Country World Index (ACWI) from January 1988–July 2019. They had a correlation of 0.085, which is very low, but not negative. We might expect an ideal safe haven to have a negative correlation with stocks. For example, in 2008, when the global market dropped over 40% in terms of U.S. dollars, gold increased 5.53%. That’s not bad, but U.S. government bonds increased nearly 14%.

A Wild Ride for a “Safe” Haven

While any asset with a low correlation to stocks is worth considering, it’s not obvious to me that gold will always be there to save the day whenever stocks crash. Even with its low correlation to stocks, the big problem I have with gold is its questionable expected returns. What drives them to begin with? As Buffett explained, gold does not have any output. It doesn’t create a product or provide a service. Gold will always only be gold, worth only whatever someone else is willing to pay for it. We may hope it will maintain its real, after-inflation value, but historically that real value has been really volatile.

From January 1988–July 2019, the standard deviation of gold’s spot price has been 15.43% compared to 14.85% for the MSCI ACWI. Over that same period in USD and pre-inflation, gold returned 3.43% annually while global stocks returned 7.85%. In other words, gold has been more volatile than stocks, while delivering lower returns. Not a great trade-off.

Despite its low correlation to stocks, gold’s non-existent real expected returns make it a challenging addition to a portfolio. I modeled a portfolio of 90% global stocks and 10% gold, from January 1988–July 2019. While the portfolio with a gold allocation had slightly lower annualized returns than an all-equity portfolio, it did have slightly higher risk-adjusted returns, thanks to the diversification benefits of uncorrelated assets at work.

It would be easy to stop there, but it’s important to bear in mind: Every dollar allocated to gold is a dollar that cannot be allocated to some other asset. What about a portfolio with a 10% allocation to 1–5 year global government bonds hedged to CAD instead of gold? It had higher returns and higher risk-adjusted returns than the 10% gold portfolio over the same time period. In this example, allocating to gold did offer a volatility reduction benefit, but there was an opportunity cost for allocating to gold instead of treasuries.

This example was true over the single time period across which I had data to model, but in terms of expected returns we would anticipate it to remain true. Again, since gold produces no cash flow, it has no real expected return. Gold may have historically done well when stocks have done poorly, but there are other diversifying assets with better expected return profiles that have done the same.

Erb and Harvey also point out that being a safe haven on paper does not necessarily pencil out in reality. People may feel gold will serve them well during a true catastrophe. But think about it. Practically speaking, it will be very hard to take your gold with you. A standard gold bar weighs more than 12 kilograms, and a gold ETF is likely to be inaccessible.

What about its role as a long-term insurance policy against catastrophic market events like hyperinflation? Harvey and Erb looked at this angle in their paper, using Brazil from 1980–2000 as an example. Over that time period, Brazil had an average annual inflation rate of about 250%, and the real price of gold in Brazilian terms fell by about 70%. That decline in the real value of gold roughly matched the real decline in the price of gold faced by a U.S. investor over the same period. Erb and Harvey found that the real value of gold – i.e., its purchasing power – remains about the same around the globe at any given time.

From a Brazilian perspective, gold was not a successful inflation hedge over this time period, when it lost 70% of its purchasing power. It was certainly better than holding Brazilian cash, which lost nearly 100% of its value. But does that make it a good inflation hedge? Not quite.

Not Quite Worth Its Weight

To recap, gold is not a productive asset. It has a real expected return of 0. That is, based on history, it might keep pace with inflation over a millennium, but that’s probably way longer than most people want to wait. Even as a safe haven based on its low correlation with other assets, gold falls short in a portfolio due to its non-existent real expected return. Finally, while gold’s purchasing power is unaffected by inflation, that does not mean it will maintain its purchasing power in the face of inflation. This calls into question its ability to hedge against extreme currency events.

One thing I have not covered is whether gold is good for trading. Some people will tell you it’s possible to profit from actively trading gold as opposed to holding it. This may be true, just as it is true for other non-productive assets like bitcoin or baseball cards. You may get lucky. That said, Common Sense Investing isn’t about luck; it’s about logic. If you’d like to try speculating in gold, I’ll bet there are hundreds of YouTube channels (or more) that would love to show you how it’s supposedly done. I’ll also bet none of them will cite the academic literature I’ve presented here today. I will let you draw your own conclusions.

Do you own gold in your portfolio? Does it still hold its allure for you? Tell me why, and how you own it on my own YouTube channel.