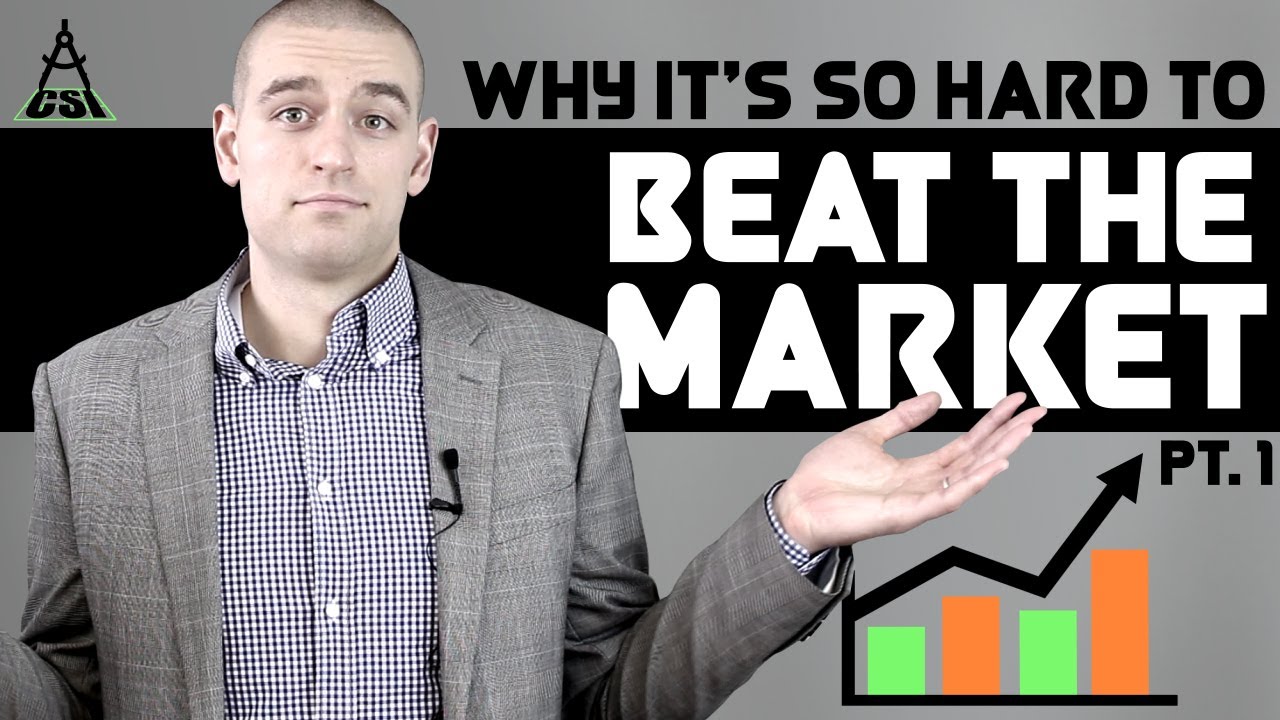 I’ve talked about the shift toward index funds in Canada and the U.S., and how the prolonged poor performance of active funds is a driving force of that shift. While it seems logical that fund managers, some of the smartest, highest paid, and best equipped people on the planet, should be able to use their resources to create a favourable result for investors, the data simply does not support their ability to do so.

So then, what’s going on? Why is it nearly impossible to beat the market consistently?

In part 1 of this two-part episode of Common Sense Investing, I’m going to tell you some of the reasons why it’s so hard for active managers to beat the market.

Quick side note: Canadian mutual funds have some of the highest fund fees in the world, with an average of 2.35%. Contrast that with the fact that you could build a couch potato ETF portfolio for as low as 0.16%.

So then…If there is little to no evidence of manager skill, it means that the managers who have done well may have just been lucky in the past. Finding the manager who has done well in the past and will continue to do well is a gamble, not a guarantee. Are they skilled, or are you giving your money to someone who has been lucky?

An important distinction here is that when we are talking about skill, we only care about relative skill. Any mutual fund manager is likely to be intelligent, well-read, and competent, but they need to be more intelligent, well-read, and competent than the other manager on the other side of each trade. Any time a manager sells a stock that they think will do poorly, another manager is buying it because they think it will do well. Only one of them will be right. The investment management industry is full of PhDs, CFA charterholders, and MBAs. Currently, most of the world’s stocks are owned by institutions rather than individuals. Most trades are a bet between two highly skilled professionsls. The level of competition is exceptional.

As more and more skilled managers enter the active management business, luck becomes increasingly important as a determinant of success.

Supporting this idea, in a 2013 paper, Pastor, Stambaugh, and Taylor found that the increasing size of the actively managed fund industry has a negative impact on active funds’ performance. More skilled competition is making it increasingly challenging to generate higher returns.

Let’s say that you do find a skilled manager. They have had a few good years, but you can tell that they are skilled rather than lucky. You invest your money in their fund. So do a lot of other people, because the performance is good. Fairly quickly, the fund will grow to a point where the manager’s skill becomes less useful, or even useless, because there is so much money that needs to be invested. It’s one thing for a skilled manager to find a few good stocks to invest a few million dollars in, but if a fund has a few billion dollars to invest, the manager may have trouble being different from the market. When that happens, the investors in that fund end up with a really expensive index fund, known as a closet index fund.

On average, the math just doesn’t work out for the average active manager, and finding a manager that will be consistently above average is extremely difficult in today’s increasingly competitive environment. Even if a manager is successful in generating higher returns, their success will be their downfall.

In my next post, I will be talking about one more reason that causes many actively managed funds to underperform.