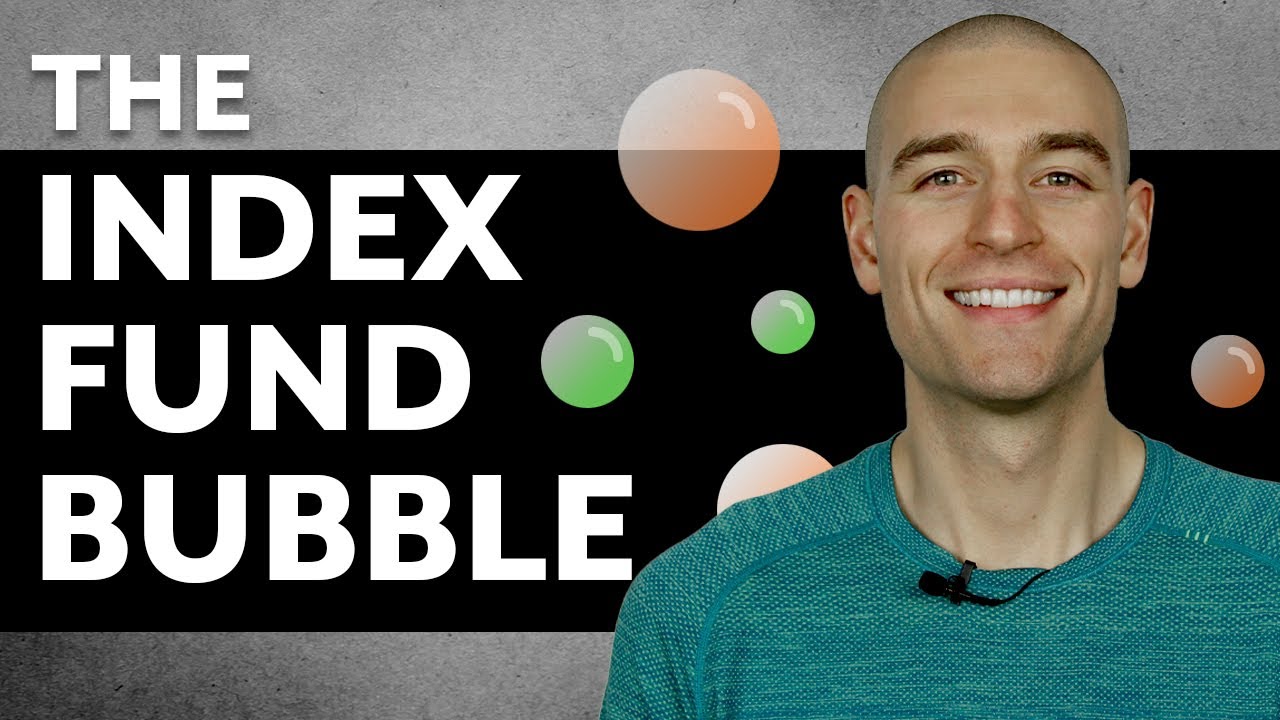 A lot of people are worried about how index funds might affect the integrity of the stock market. They’ve been fretting about this for years. At the extreme, some have even compared index funds to the collateralized debt obligations that sent the global financial market into crisis in 2008.

One of the foundations of a so-called index fund bubble is the idea that index funds affect price discovery. That is, they are accused of affecting the market’s ability to efficiently incorporate information into prices. The argument goes: If a stock’s price is being bid up just because it’s in a popular index (as opposed to being carefully analysed by an active manager) there could be serious room for a pricing error. If the error results in unrealistically high prices, you’ve got a bubble, just waiting to pop.

The Overinflated Threat of an Index Bubble

With billions of dollars flowing into market-cap weighted index funds, it seems like a valid concern that larger stocks, which make up a larger portion of the index, are being irrationally bid up in price, while smaller stocks are being forgotten. If this is happening, large, popular stocks, like those in the S&P 500, could become systemically overpriced, and smaller, less-known stocks could become systemically underpriced.

To understand how index funds might affect stock prices, we need to understand that prices are not set by some magic spell; they’re set by trading. Each trade is a “vote” on whether the price should go up or down. All votes are aggregated into the current price, which becomes the market’s best guess at a company’s actual value.

So, it stands to reason, there could be issues if index funds were the only entities placing trades, snatching up all, or nearly all of the biggest stocks to match the market-cap weighted indexes they are tracking.

So, is this the case? Should your alarm bells go off?

It’s true, index funds have grown dramatically in terms of assets under management. In the United States, they make up roughly half of all fund assets, which is a large portion of the overall fund market. It’s large enough to make some people worry. But “half” is also an extremely misleading figure. In 2018, the late Vanguard founder John Bogle wrote his final book,

I will also take this opportunity to point out that the last time small-cap and value stocks were trailing large-cap growth stocks, index funds were a much smaller portion of the market.

If we look past the U.S., a 2017 paper from BlackRock estimated that index strategies as a whole made up 17.5% of the total global market. However, this includes institutional and internal indexing strategies executed directly by large institutions (as opposed to through index ETFs or index mutual funds). BlackRock found that index funds own only 7.4% of the global market.

The point is, if there is an overinflated “bubble” out there, it’s more likely found in exaggerated headlines claiming that indexes have taken over half the market. Index ownership has increased, but it is still relatively small.

I thought it was important to clear up the prevalence of index funds, but it isn’t actually even relevant to this discussion. Assets under management do not set prices. Only trading sets prices. The relevant question is not how much of the market is indexed, but how much of the trading is being done by index funds. Since index funds are not doing the majority of the trading, active managers are still dominating price discovery.

Despite their large size, index mandates are only doing a fraction of the trading in their underlying securities. This is mostly because most ETF trading happens in the secondary market, where ETF unit holders are trading with each other. Authorized participants only create or redeem ETF units when there are deviations between an ETF’s price and the value of its underlying securities. (Think of this as excess supply or demand for units). Unlike secondary market transactions, creating and redeeming ETF units requires trading in the underlying stocks.

In a 2018 paper, Setting the record straight: Truths about indexing, Vanguard demonstrated that, on average, 94% of equity ETF trading happens on the secondary market, where ETF unit holders are buying and selling from each other without touching the underlying securities. In its aforementioned paper, BlackRock presented a similar figure, showing that ETF creation makes up a tiny fraction of U.S. equity dollar trading volume.

This point is important in understanding why index funds make up such a small portion of overall trading. It also explains why we need not be overly concerned about liquidity among ETFs’ underlying holdings. Since most ETF trading does not touch the underlying securities at all, such concerns are likely overblown.

The Vanguard paper above reports, of all trading activity in the stock market, index strategies are only responsible for about 5% of it. Think about that: Only 5% of total trading is executed by index funds, while active mandates are executing the rest. BlackRock similarly estimates, for every $1 of stock trades placed by index funds, active managers are placing $22 worth of trades.

In short, there’s plenty of evidence that destroys the argument that index funds are going to destroy price discovery. Price discovery, which is driven by trading, is still overwhelmingly dominated by active managers.

Still, could index funds eventually blow up to problematic proportions? Studies on market dynamics suggest otherwise. Even if index funds did achieve a trading scale that could creating price distortions, it’s critical to consider what would most likely happen next. Remember, distortions are opportunities for active managers. If there are more distortions, it’s highly likely more active managers would come to the table, to try to profit.

In their 1980 paper, On the Impossibility of Informationally Efficient Markets, Sanford Grossman and Joseph Stiglitz explained that the market must exist in an equilibrium state. If markets were perfectly efficient, everyone would index, which would lead to price distortions. Therefore, as soon as we reach what we might call “peak index,” where the market stops pricing assets correctly, active managers will have an opportunity to profit by getting prices back in line, which will drive more people to invest actively.

This state of equilibrium is known as the , which states that markets cannot be perfectly efficient because, by nature of perfect efficiency, they would become inefficient.

In a way, concerns about indexing causing some sort of bubble are really just suggestions that we have reached peak index … and we have reached a point where active managers are not able to exploit price distortions caused by index investors. This seems implausible based on the magnitude of trading that is still being done by active managers, and it seems even more unlikely due to how the market should respond to manager skill.

As indexing grows in assets under management, it must mean that assets are leaving actively managed mandates. If there are skilled active managers out there, we would not expect them to be the ones losing their assets to index funds. In their 2005 paper, Disagreement, tastes, and asset prices, Eugene Fama and Ken French examined how this might play out.

If the assets managed by misinformed and uninformed active managers moves into index funds, then the market will become more efficient. Even if many assets managed by skilled managers turn passive, the effect on market efficiency might be very small, as long as there is still sufficient competition among the remaining active managers. Fama and French also explain that costs are an important factor. If costs are low for uncovering and evaluating relevant information, it doesn’t take much active investing to sustain market efficiency.

From this perspective, indexing may be pushing bad active managers out, leaving only the skilled managers, which should make the markets more efficient. On a similar line of thinking, Darius Palia and Stanislav Sokolinski published a 2019 paper, Passive Asset Management, Securities Lending and Asset Prices. In it, they suggested that the growth of index assets has reduced the cost of shorting.

Index funds passively hold a multitude of securities, which allows them to lend these securities to short sellers. This is a key revenue source for index funds, and it is one of the reasons their fees are so low. Thus, as the paper suggests, the competition for securities lending revenue has decreased the cost of short selling, which should facilitate more efficient price discovery.

What’s an Investor To Do?

Contrary to the hype, all this makes for a pretty good argument that the growth in index funds is driving out the bad active managers while decreasing the cost of short selling. Both events should make the market more, rather than less efficient.

But let’s take the other side of this argument for a minute. Let’s assume that index funds really were driving up the price of larger stocks, while small-cap value stocks were being forgotten altogether. How should you approach the situation? The simple answer would be to underweight large-cap growth stocks and overweight small-cap value stocks in your portfolio. And guess what? As I’ve covered before, this is something you should probably think about doing anyway.

I hope this clears up the misconceptions that have been floating around about indexing. Indexing is not a bad thing. It is only responsible for a tiny fraction of trading, and trading is what sets prices. There are even some good arguments to be made that the growth in indexing is making markets more efficient by driving out unskilled active managers and reducing the cost of shorting.

Finally, whether or not there are valid concerns about index funds causing price distortions, the conclusion is the same: A tilt toward small-cap value stocks is a sensible approach to portfolio construction.

What else can I tell you? Stroll over to our Rational Reminder podcasts to keep more portfolio construction insights coming your way.