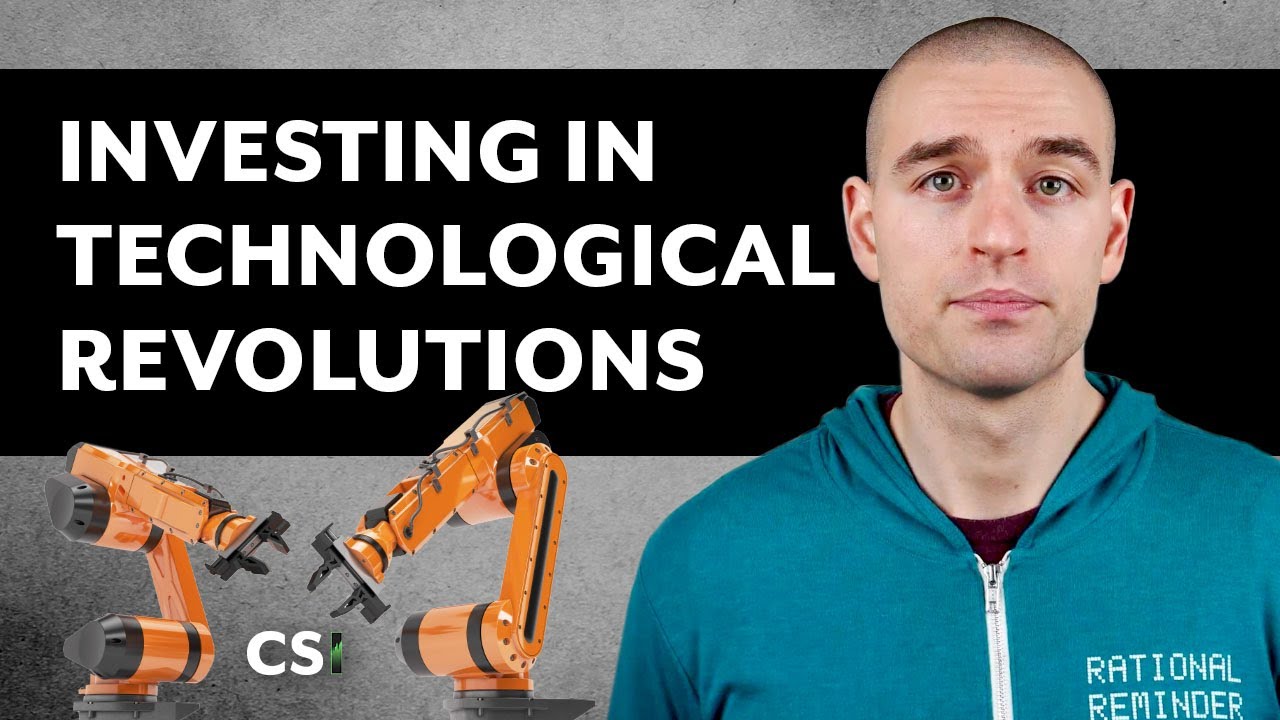 Exciting new technologies, and the companies that create them, seem like obvious investment opportunities. Why wouldn’t you want to invest in the companies leading a new world-changing technological paradigm?

This pattern was summarized in a model proposed by Carlota Perez in her 2002 book Technological Revolutions and Financial Capital. First there is an irruption of the revolution resulting from incremental advances and innovations that culminate in a technology with the capacity to increase the economy’s productivity, and the financial capital to support it. This is followed by two or three decades of the new technology being installed in the economy. The installation phase can be turbulent as the new technology divides the economy into “old” and “new,” creating social and economic divisions, regulatory turmoil, and wealth inequality.

The installation period has historically been accompanied by what Perez calls a Major Technology Bubble centred on the new breakthrough technologies and spurred by the extraordinary profits produced by them. The major technology bubble is, as with any bubble, followed by a collapse. The collapse leads to a recomposition of the regulatory framework that sets the conditions for the final deployment period of the new technology. This final phase consists of more organic growth in financial assets that lasts until the limits to productivity and growth from the technology are reached, setting the stage for the irruption and financing of the next technological revolution.

The major technology bubble tends to happen midway in the process of assimilation of each technological revolution, affecting primarily the companies engaged in those technologies. This bubble-like behaviour of technological revolutions ultimately results in low returns for investors. These bubbles are an empirical fact in the historical data that cannot be ignored. The surge of development in canal mania was followed by a canal bust, railway mania was followed by a railway bust, the infrastructure boom of the late 1980s was followed by several busts, the roaring 20s ended in the great depression, and the surge of IPOs in the internet bubble ended in a crash. The lesser-known british bicycle mania followed a similar path.

The concept of a bubble used by Perez is convenient and easy to think about – investors get into an irrational frenzy about the potential for high profits from the new technology, irrational exuberance as Robert Shiller describes it. This results in prices that exceed any notion of fair     value. While there is likely a contribution from irrationality to these bubble-like patterns, I don’t think that it would be intellectually honest to assume that investors have been consistently irrational through all past technological revolutions. I’m not saying that investors are perfectly rational, but perfect irrationality is arguably a bigger assumption.

In the 2004 paper Was There a NASDAQ Bubble in the Late 1990s? Lubos Pastor and Pietro Veronesi show mathematically that higher uncertainty about the average profitability of the companies creating new technologies leads to higher prices, all else equal. When an exciting new technology company is being tested there is a huge range of potential outcomes – maybe it’s the next Microsoft, but maybe not.

This inequality tells us that for an expected dividend growth rate, increasing uncertainty increases the price without requiring the assumption of irrational behavior. Uncertainty increases the fundamental value of a company. As the market learns about the profitability of businesses in a new technological paradigm, the uncertainty about their growth rate decreases, causing their prices to fall, all else equal.

They test the predictions of their model against the dot com bubble and the railroad bubble. The dot com bubble pattern was much stronger in the NASDAQ index, their proxy for the new economy, than in the old economy, proxied by the NYSE/AMEX. NASDAQ’s beta doubled between 1997 and 2002. The volatility of the old and new economies increased, but the new economy’s volatility always exceeded the old economy’s. NASDAQ’s beta and both volatilities peaked in 2002, followed by an acceleration in productivity growth in the US economy.

It is important to note that the bubble-like pattern in stock prices arises, at least in part, due to a selection bias.

We are more likely to study technological revolutions once we know that they have taken place. The investors living through them, on the other hand, are not aware of whether the new technologies are going to be adopted into the old economy or continue as small and experimental. One of the practical implications of this insight in the context of the model is that when the stock prices associated with a new technology rise as their profitability potential becomes known, betting that they will be adopted on a broad scale is similarly a bet that their prices will decline.

Taken together, when a technology begins to revolutionize the old economy, the market learns about its profitability, reducing uncertainty and stock prices due to the convexity on growth rates in valuation theory, and risk in the new economy transitions from idiosyncratic to systematic, further reducing prices due to an increasing discount rate.

Whatever the theoretical explanation, technological revolutions and bubble characteristics are difficult to separate in the historical data. We always have to remember what a stock represents. A stock is a claim on a company’s future profits. Investment returns do not come from a company’s growth; they come from the relationship between a company’s future profits, and how much you, the investor, paid for those expected profits. Paying a higher price should lead to lower realized returns, all else equal. This is exactly what the historical record shows.

In the fifth edition of Jeremy Siegel’s book Stocks for the Long Run, Siegel offers the example of the S&P 500 index. Since inception of the index its industry composition has changed materially. In the 1950s, steel, chemical, auto, and oil companies dominated the index, whereas industries like information technology and healthcare dominate today. Despite the decline of the originally dominant industries, had an investor bought and held the original firms in the S&P 500 at its inception, they would have beaten the actual index by more than 1% per year for the next 50 years. Siegel argues that this is due to investors over-paying for expected growth.

From 1900 through 2019, rail companies declined from a 63% share of the US stock market to a less than 1% share. It is the ultimate example of a declining industry. Over that time period, rail stocks beat the US market, road transportation stocks, and air transportation stocks.

Since the approximate start of the age of information in 1971, the software industry has grown more than any other, from basically non-existent in 1971, to the largest industry by market capitalization at the end of 2019 at nearly 15% of the US stock market. The oil industry on the other hand has seen a massive decline in market capitalization, from nearly 15% of the US market in 1971, to about 3% at the end of 2019. Over this period, a dollar invested in the oil index grew to $134, while a dollar invested in the software index grew to $76.

Another common assumption is that betting on the winning companies, the companies that end up dominating a technological paradigm, make good investments. This has simply not been the case historically. Every technological paradigm has had winner-take-all companies. These huge companies make up a large portion of the stock market and drive the economy. Their stock returns, though, have left much to be desired. For each decade starting 1930, 1940, 1950 and so on through 2010, the ten largest companies at the start of the decade have trailed the market as a whole by an annualized 1.51% on average for the decade that followed.

Bets on new technologies, or against declining ones, have historically failed to pay off. What about the next technological revolution? Does it make sense to look for the next Apple, Amazon, or Google before their prices rise?

This notion is more akin to playing the lottery than many people realize. Evidence from IPOs and venture capital tells us why. Stock returns in general exhibit positive skewness. Most stocks perform poorly, and a relatively small number of stocks perform exceptionally well. The positive skewness in IPOs, which tend to behave like small cap growth stocks, and venture capital is even more pronounced.

The vast majority of small cap growth stocks produce poor returns while a few produce large positive returns. Almost two-thirds of venture capital financings lose money, while a tiny number of them produce huge returns. The chances of picking winners before the fact are not in your favor.

Investing in technological revolutions is one of the least successful strategies in investing. Whether we interpret the empirical reality with the lens of frenzied irrational investors paying too much for expected growth, or rational investors assessing highly uncertain future payoffs, the historical record remains the same. Counterintuitively, investing in declining industries, or more generally, companies with low prices, has produced reliably better outcomes. But every time that a new technology or industry creates new opportunities for financial capital, investors flock to it with seeming disregard for the historical record and the theory predicting similar outcomes in the future.