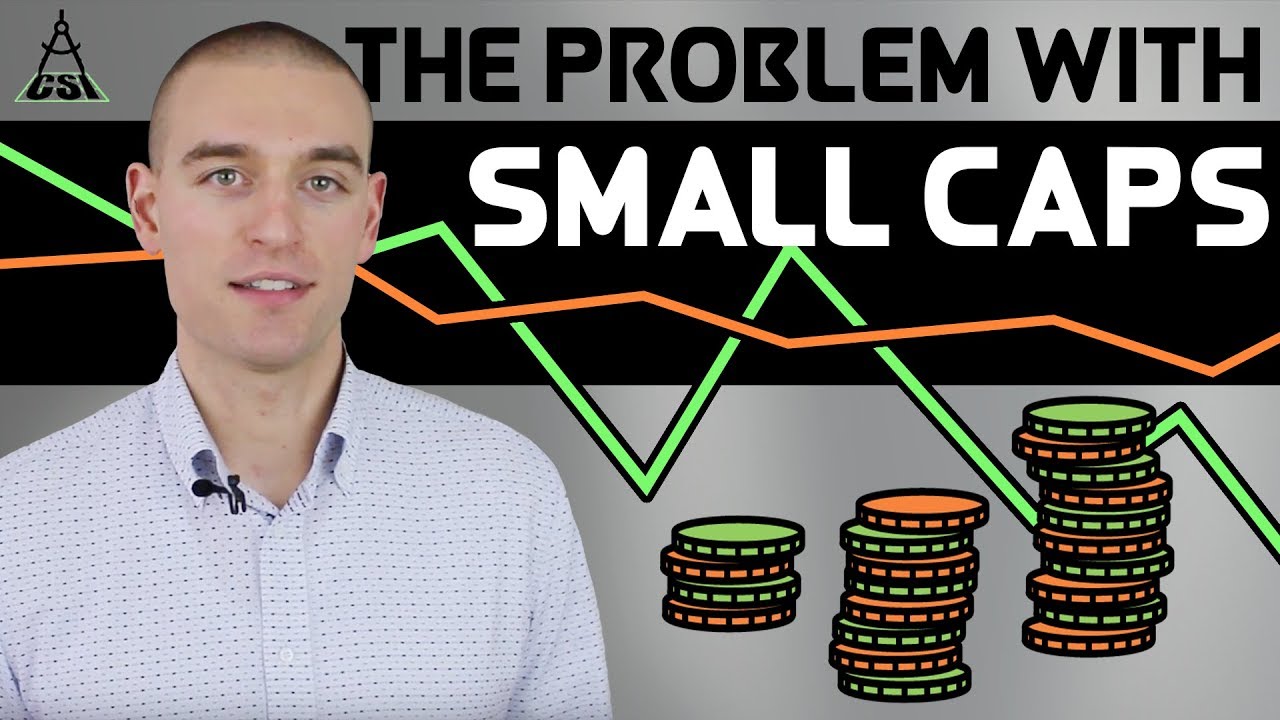 You probably won’t be surprised if I tell you that small-cap stocks have outperformed large-cap stocks over the long-term. This “size effect” was the first market anomaly to challenge the single-factor, capital asset pricing model, paving the way toward today’s multi-factor asset pricing models. It’s been well-documented around the world and over time, even on a risk-adjusted basis (as measured by standard deviation).

I think most investors accept this and, if you’re an ambitious “do it yourself” (DIY) investor, you may have tried to gain exposure to the size effect by including small-cap ETFs in your portfolio. At first, that sounds like a good idea based on the data. But there is a big problem buried in the devilish details about the size effect:

“Improperly applied, the size effect disappears, leaving you with a likely more expensive fund, with no extra expected returns.”

Unfortunately, as I’ll explain in the rest of this post, I’m unaware of any funds currently available to a DIY investor that DO properly apply the small-cap effect. I’m sorry to bear this bad news, but I know you rely on me to tell it to you like it is. Or, if you’d prefer the video version, I’ll show it to you like it is.

By the way, if you find these posts helpful, check out my new weekly podcast, the Rational Reminder, co-hosted with my colleague Cameron Passmore. We offer similar reality checks there on sensible investing and financial decision-making.

Now, back to small-caps. Hear me out on why I think you should think twice about investing in small-cap ETFs.

The Size Premium: Now You See It, Now You Don’t

Factor investing, or smart beta, is the biggest trend in investing right now, and small-cap stocks are one of the most venerable and prominent factors around. Given its reputation, you might assume that the small-cap premium is strong and robust. The data tell a different story. Size has been much weaker than the other well-established factors like value, profitability and momentum.

The size premium was first documented by Rolf Banz in 1981. Banz was a student of Eugene Fama who, along with his colleague Ken French, came up with the three-factor model of equity, size and value.

When Banz initially identified the size effect, he used data from 1936–1975. More recent analyses recreating the Banz study over the same timeframe have shown that the size premium was not statistically significant over the data period during which it was originally discovered.

Why the discrepancy? Banz and most other reputable researchers use the CRSP database from the University of Chicago to study security prices – and have done so since its creation in the 1960s. As the academic community has deepened its understanding of the data, the CRSP database has been regularly adjusted and updated to provide more accurate results. In 1997, in “The Delisting Bias in CRSP Data,” Tyler Shumway corrected the data for delistings, which had not previously been captured. Most of the delistings were for negative events, and mostly for smaller companies. The correction made the small-cap data look worse.

Since Banz published his paper, others have incorporated updated data for US stocks and expanded their inquiries to other countries. They have found many time periods and geographic regions where the size effect has been small and statistically insignificant. Over longer periods, such as 1927–2017, the US size premium has become statistically significant again. But compared to the other well-known factors, both its t-stat (measure for statistical significance) and its premium have been weak.

That said, while the size factor has been weak, it’s not been entirely non-existent. Let’s look at that next.

The Secret in the Size-Factor Sauce

Where does that leave an evidence-based investor? It’s important to reiterate that size is not the only factor. In 1993, and again in 2015, Fama and French documented that small-cap growth stocks have failed to deliver the size premium, and underperformed their large cap counterparts. More recently it also has been documented that the profitability factor has explained most of the underperformance of small-cap growth stocks.

When we take small-cap stocks and sort them by relative price (value versus growth, and low versus high profitability) we find that small-cap growth stocks with low profitability are responsible for the underperformance and statistical unreliability of the small-cap asset class as a whole. When we remove those particular stocks from the data, the size premium comes back to life. The premium becomes consistent over time and across geographies, and is no longer concentrated in the smallest stocks. Its premium also becomes larger and more statistically significant.

For example, from 1975–2017, the universe of US small-cap stocks returned 14.93% annually. But after removing small-cap growth stocks with low profitability, the annual return increased to 16.5%. All of this has been documented by many researchers, including this one with my favorite title: “Size Matters, If You Control Your Junk.”

Hurray. We have saved the size effect. But we are not yet in the clear. So far, we’ve only talked about the data. Can you apply it in your portfolio?

Consider the iShares US Small Cap ETF (XSU), which tracks a cross-section of US small-cap stocks via the Russell 2000 index. Based on its Morningstar style box analysis, this ETF consists of mostly small-caps, and some mid-caps, with the small-caps approximately equally split across value, blend, and growth, but with a bit of a tilt toward growth.

If you remember what we said about small-cap growth stocks dragging down the returns of the asset class as a whole, this is not good news for investors. How bad is it? Check out my video for the analysis, but using a Dimensional Fund Advisors index that explicitly removes the small-cap growth low profitability stocks, we wouldn’t expect the XSU to do any better than a broad market exposure, especially after factoring in XSU’s higher relative MER.

In case you’re figuring a different ETF tracking a different index might yield better results, I also take a look at iShares S&P/TSX SmallCap Index ETF (XCS) in my video. Morningstar shows that it too consists of all small-cap stocks, with a bit of a tilt toward value, but still a sizeable amount in growth. For this index, I only have benchmark data going back to February 2000, but again, the size premium disappeared under the weight of its composition.

Bottom line, unless we can at least eliminate small-cap growth low profitability stocks, there is little value in adding a relatively expensive small-cap ETF to your portfolio.

Tales of Risk and Reward

Before we give up the ghost, let’s look at whether there are any US-listed ETFs that might do a better job of capturing the size effect. Vanguard does offer a US-listed fund that eliminates the small-cap growth, low profitability exposure. Unfortunately, as I cover in more detail in the video, it still leaves much to be desired. In particular, its ability to capture the smallest, most value-tilted stocks underwhelms compared to Dimensional Fund Advisors’ US Small-Cap Value fund. As we might expect from a fund that is capturing smaller average company sizes combined with deeper value exposures, the Dimensional fund outperformed its closest peer from 2000–2017.

This does not necessarily make the Dimensional fund a great idea for every investor. Keep in mind that smaller companies and deeper value means you are taking more risk. This is what we would hope for from a small-cap value fund, but the added risk may not be a best fit for every portfolio. Moreover, DIY investors don’t typically have access to Dimensional funds.

There is little question that the size effect exists in the data … when we correct effectively for small-cap growth low profitability stocks. But I question how effectively a DIY investor can capture this tricky effect. This returns me to a suggestion I have made before: Most DIY investors are likely to have the best long-term investment experience using low-cost broadly diversified market cap weighted ETFs.

Have you tried to gain exposure to small-cap stocks in your portfolio? How have they been performing for you? Check out my video and leave a comment on how they have been performing for you. After that, don’t forget to check out our Rational Reminder Podcast available on Libsyn, Itunes, Google Play, Spotify and Stitcher.