If you ask me, the Old Age Security (OAS) clawback should usually be accompanied by ominous music – like the kind alerting movie-goers that the “Jaws” shark is about to attack. After all, if you don’t see it coming, it can take a nasty chunk out of your assets.

You’ll especially want to beware of the OAS clawback if you’re 65 or older, and you’ve decided to continue earning a paycheck in semi-retirement. It’s no fun to find out your hard work isn’t paying off as hoped for, if the government ends up reducing your OAS benefits as a result.

The OAS is a monthly payment available to you as a Canadian citizen or resident, whether or not you’ve ever been employed. OAS benefits currently kick in at age 65 for those who qualify, although that’s going to gradually increase to age 67 beginning in 2023. Either way, you can postpone your own start date by up to five years to receive a higher payout.

By the way, I also touched on OAS in this recent piece, which would pair well with today’s conversation: “You and Your Pension: What if You Work Past Retirement?”

Because the OAS program is meant as more of a government safety net than a retirement plan, benefits do start to disappear if your income is too high. It also only pays out so much, especially if the government considers you already well off.

Of course, “well off” is in the eye of the beholder. From the government’s point of view, if you’re 65 or older, and your annual income for the 2018 tax year was $75,910 or more, your OAS benefits begin to decrease. They disappear entirely once your annual income exceeds $123,386. These figures are adjusted annually for inflation.

Now, back to that clawback. Officially, it’s called the OAS recovery tax. This may sound friendlier, but here’s what it means:

If you’re receiving OAS benefits in any given year,

but you exceed the annual income thresholds by year-end,

In the government’s mind, they’ve paid you more than they were supposed to, so they “claw back” some of the payments you’ve received … with a bit of a twist. Instead of sending you a bill to settle the score, they simply reduce the benefits you would otherwise have received in the year ahead.

In short, what the government may have over-given, it eventually takes away – to the tune of 15% of each dollar of income you’ve earned beyond that $75,910 threshold. If you do the math, that’s how we reach the $123,386 upper limit, after which your OAS benefits disappear entirely.

An OAS clawback can bite, especially if you weren’t budgeting for it in your financial planning.

If life has been good to you, and you’ve blown way past the ability to qualify for any OAS benefits, you might want to consider that a blessing in disguise. After you turn 65, you can work or not as you please, and there’s no impact either way.

If, on the other hand, your annual retirement income falls at or near those “Gotcha!” thresholds, there may be steps you can take to put a lid on your income. After all, you’d rather not continue to work hard in retirement, only to end up effectively taking a pay cut in the form of an OAS clawback.

So, if you think you might end up in the “Gotcha!” range, consider tapping your tax professional and/or financial advisor as early as possible, to see if you can keep your total annual income at less than that nearly $76,000. If you can’t quite achieve that, you can at least try to keep the excess income to a minimum, so the clawback is smaller as well.

Keeping Your Income in Line

With a few exceptions, nearly all the income you earn each year counts in your calculations. This includes salaries, pension payments, RRSP or RIF withdrawals, taxable investment gains or dividends, and even the OAS payouts themselves.

That said, there are quite a few perfectly legitimate steps to consider for reducing your annual income without actually earning less. To offer a few examples:

As you might expect, there are a lot of rules and caveats involved in these, and any other tax-planning actions you might take to avoid an OAS clawback. Plus, you don’t want to accidentally do damage to some other important part of your financial plan, just to save a few OAS dollars. Bottom line, DO consult a professional!

How else can you make the most of your hard-earning retirement income? Subscribe to my YouTube channel or follow me on LinkedIn for more ideas on how to avoid clawbacks, drawbacks, and other financial “gotchas.” 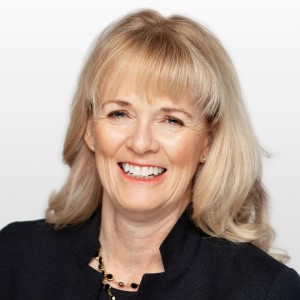 Covid-19 impact on the economy and your portfolio

We are here and accessible

A Message About the Recent Market Volatility