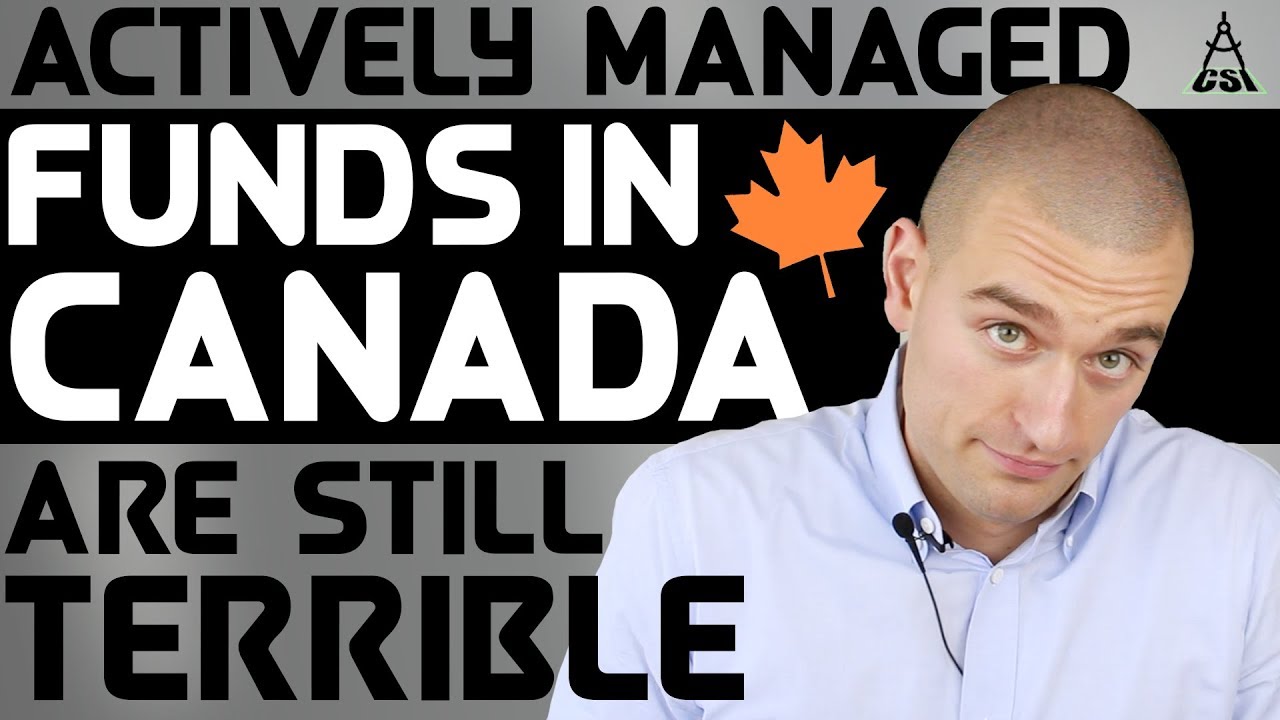 Usually, “active” is a good thing. An active lifestyle means you’re making the most of your day. Your yogurt needs active cultures to do its thing. Active listening is the best way to engage with one another.

In fact, I hope you’ll give an active listen to today’s Common Sense Investing post and video. I’ve taken a fresh look at actively managed mutual fund performance. Or underperformance, to be more accurate.

In the US, 65% of mutual fund and ETF assets are invested in actively managed funds. And yet, despite their continued popularity, I’d say they remain one of the few kinds of active pursuits best avoided. It would be one thing if they were delivering any semblance of decent performance. Unfortunately, evidence from the past decade suggests otherwise, especially after accounting for costs.

What’s this evidence I speak of? The SPIVA® Canada Scorecard is a fascinating, semi-annual analysis prepared by the S&P Dow Jones Indices. Recently, they published their report for year-end 2017. For the first time, this report contains data going back 10 years for all sections of the report. It compares the performance of actively managed mutual funds in Canada to their relevant benchmarks, correcting for survivorship bias (which can otherwise yield overly optimistic results by disregarding funds that did not survive the period).

The results tell us the average performance of Canadian actively managed mutual funds for the decade ending December 2017. During that timeframe:

The important nuance is that, by definition, index investors should only underperform by the cost of owning their index fund. This underperformance should be tiny – typically, a minor fraction of a single percentage point. In contrast, according to a 2017 Morningstar report, median fund management fees for retail funds domiciled in Canada were around 2.2%. So, to outperform both the index they’re tracking and a comparable index fund tracking that same index, they must add value beyond their extra fund management costs. Otherwise, you might as well just head for a super-simple, low-cost index fund. This only makes common sense, right?

How did active funds fare on that effort during the same 10-year period? Check out my video to discover the details. Or, you can jump to the conclusion here: In most cases, active fund management underperformance was substantially higher than the cost of owning index funds. Even if an index investor were paying one percent on top of the cost of the index funds for professional, fee-based financial advice, they were still far better off than the average active mutual fund investor.

Why doesn’t ugly performance numbers kill off active investing? The answer is found by circling back to that survivorship bias I mentioned earlier, which still taints many industry analyses. Mutual fund companies and banks do not show you rosters of their funds that have consistently trailed the index. Instead, they simply close the ones that have done poorly or merge them into a different fund, so their performance disappears from the “report card.” Survivorship bias often leaves consumers viewing only the funds with positive past performance to show off.

How prevalent is survivorship bias? It happens a lot more than you might guess. For example, of the funds that existed on January 1, 2008, only about 37% of Canadian equity funds still existed a decade later, on December 31, 2017. That means 63% had disappeared from view, even though the losses they generated for those who invested in them were very real at the time. Check out my video if you’d like to see additional data, but overall, I think it’s safe to say that only about half of the funds at the start of the most recent 10-year period survived to the end. No wonder it’s so easy to hide the magnitude of active fund underperformance.

What about the actively managed funds that do survive and outperform? I’m not saying they don’t exist. But the unfortunate truth is, the performance is only available in hindsight, and there’s no evidence that past outperformance predicts future success. If anything, the data suggests that past best-performing funds are more likely to become future worst-performing funds than vice versa.

In short, without a fully operational time machine to whisk you back to 1998, you can’t really do much with the information. All of this corroborates Mark Carhart’s 1997 landmark study, “On Persistence in Mutual Fund Performance,” where he concluded (after accounting for survivorship bias): “The results do not support the existence of skilled or informed mutual fund portfolio managers.”

If managers who happen to do well are lucky rather than skilled, we would expect poor persistence, and that’s what the data show. If you’re financially independent, with capital to spare, feel free to place a bet on some actively managed funds for a small chance at market-beating returns. For the average family saving up for retirement and other critical financial goals, I see little reason to take on active risk when the probability of a positive outcome is so remote.

That said, I’m always open to hearing fresh evidence and standing corrected when appropriate. Do you still invest in actively managed mutual funds? Please tell me what I’m missing in my comments. While you’re at it, subscribe to receive future Common Sense Investing ideas, and we’ll keep the dialogue going strong … active, even.