2020-09-29T14:09:31
Share:
Should investors worry about inflation or deflation and how does that impact portfolio choices?

Inflation is a measure of the increased price of goods and services. Deflation is the opposite  ̶  when goods and services fall in price. Inflation is more familiar in Canada. Since 1960, there has never been a year of deflation. Moneysense has produced a useful summary of how historic inflation is measured by gathering price information on a basket of goods. Investors are also interested in future or expected inflation.  One way of measuring expected inflation is to look at the difference in return from bonds that are indexed to inflation and the return from bonds that have no such protection. The difference is the collective view of the market about future inflation expectations. The market is not always right but, as with forecasting stock pricing, outperforming the market forecast is difficult, if not impossible.

A common view is that the price rise of an individual good contributes to inflation. Oil prices spike and inflation rises, for example. This is the cost-push view of inflation. But an increase in prices of goods does not necessarily lead to inflation if the overall the economy absorbs these changes through a change in buying behaviour, making this type of inflation rare1.

This cost-push view of inflation has been applied to labour as well as goods. Labour unions have been criticized for demanding higher wages which, if acceded to, leads to higher production costs and higher prices. This, in turn, leads to further demands for another raise in wages: the “wage-price spiral”.

Compared to recent history, we do not have strong unions and we have high unemployment due to closing large parts of the economy to limit the spread of Covid-19.  The cost-push perspective is that future inflation is unlikely to rise under these circumstances.

A contrary view is that inflation is caused by a rise in aggregate demand due to “too much money chasing too few goods”, also known as demand-pull inflation.  This shifts the perspective from the prices of individual goods or labour demands to government policy as primarily responsible for the supply of money. Economist Milton Friedman declared “Inflation is always and everywhere a monetary phenomenon”.

From this perspective, the influx of Government support via central banks could be inflationary if it stimulates persistent growth in aggregate demand. Of course, the rationale for recent government intervention in response to the Covid-19 pandemic was to provide a replacement for wage income not an additional stimulus.

So tell me what you want, what you really really want.

Why is inflation more familiar than deflation? As the economist Ludwig van Mises stated, “Inflation is not an act of God …Inflation is a policy.” Modest inflation means that you can buy goods today at a lower price than the same good tomorrow and acts as an incentive to spend, boosting economic growth and helping keep unemployment low. Inflation is also an incentive to borrow as the real price of borrowing declines over time. For example, the $2,000 monthly mortgage payment becomes a dwindling portion of total expenses if your salary is keeping pace with inflation. This applies to government debt as well as house owners. The government’s income is in the form of tax revenue which increases with wage increases and corporate profits, so debt dwindles away over time. And governments have lots of time.

A steady rate of monetary growth at a moderate level can provide a framework under which a country can have little inflation and much growth. It will not produce perfect stability; it will not produce heaven on earth; but it can make an important contribution to a stable economic society.

Most central banks set an inflation target which for many years has been around 2%. Choosing an explicit inflation target gives consumers a signal that prices will continue rising and is an incentive to growth. The central bank can try and control the rate of inflation by changing short term interest rates. In the past most, the primary concern was high inflation and raising rates was a way of reducing demand by increasing the cost of money. Currently, interest rates are close to zero which limits the scope for further reductions and raises concerns about whether central banks will be effective at halting further declines in inflation, or deflation.

In August, the US Federal Reserve changed its stance on inflation targets. The change may seem small, but some economists consider the change significant. To understand their thinking requires an understanding of the perils of deflation.

How low can you go?

If no inflation eliminates a motivation to spend then deflation provides a disincentive to spend or borrow. Even a productive investment would have to repay borrowings with future dollars that are worth more than the original borrowing. It might be argued that while borrowers suffer, lenders prosper (e.g. bond investors) and since the tally of borrowing and lending must match, the net impact would be zero.

The economist, Irving Fisher, based on his analysis of the Great Depression,  pointed out that debtors and creditors respond differently when faced with increasing deflation: debtors, faced with rising costs, respond by cutting their spending while creditors are unlikely to increase spending by a similar amount. The net impact is rising debt burdens and depressed spending which can lead to a vicious circle of further deflation.

Because of concerns about deflation, on August 27, 2020, the Chairman of the Federal Reserve, Jerome Powell outlined a shift in their approach to inflation targeting driven by the fear of deflation and the difficulty, experienced by Japan since the 1990s, of exiting a liquidity trap. A liquidity trap is when interest rates are close to zero, but aggregate demand falls short of productive capacity. Investors then pile up cash, preferring easy access (liquidity) in preference to meagre interest rates from savings2.

The Fed has shifted from a world view where the task was to push inflation down from a high level, using tools like interest rates, to a lower bound of 2%. Now the Fed, is “seeking to achieve inflation that averages 2 percent over time”3. Given that US inflation has recently sunk to 1.0%, the implication is that inflation higher than 2% would be acceptable in the future.  As Powell states  “..when inflation has been running below 2%, appropriate monetary policy will likely aim to achieve inflation moderately above 2 percent for some time”.

Where are we now?

There are competing opinions on whether the risk to investors is from inflation or deflation. Blackrock, a large asset manager, recently published an article titled “Preparing for a higher inflation regime”. They argue that higher global production costs, looser inflation targeting by central banks and a concern that politicians find it difficult to constrain spending will all contribute to inflation pressures.

In contrast, a recent editorial in The Economist wrote:

“The immediate risk, therefore, is not too much inflation, but too little, amid a slow recovery and a painful economic restructuring… Only after economies and job markets have healed will a sustained rise in inflation become a risk.”

While only one outcome (deflation/inflation) is possible at any time a rational investor can, and should, prepare for the possibility of either. Assets that have done well under a deflationary outcome include nominal bonds, whereas inflationary risk is better managed with stocks and index-linked bonds. Studies4 indicate that stocks require a decade or more to be an effective inflation hedge, while index-linked bonds are less effective in the long term.  There has been rising enthusiasm for “alternatives” which typically means real estate, hedge funds, commodities and private equities. Often this replaces one set of risks for another (liquidity, high fees, and low transparency).

Investors must always be aware of “money illusion”, the tendency to think of future money in terms of nominal value rather than real (i.e. after inflation) values.  Investors who are saving now to spend later should focus on real values and judge their investments by their real returns. If nominal returns are low because inflation is low, then this does not mean their investment goals are endangered and should not precipitate a change their investment strategy. 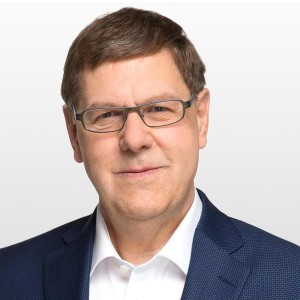 The impact of low interest rates on retirement.

When to take CPP – another spin of the wheel

This time is not different when it comes to value stocks