If you have used an on-line broker, you will have observed the following situation. Suppose you put in an order to sell 1000 shares of company X at 10:00 am. A few minutes after you put in the order, you click on the order status button. You see the following

So, what’s going on here? You are observing the result of using an optimal trade execution algorithm. If you dump 1000 shares on the market all at once, you will depress the price (temporarily) and the average price you get for your 1000 shares will be less than the pre-trade price (the arrival price). This is due to the price impact caused by rapid trading. This is also known as walking down the order book. So, the idea is to break up your order into smaller lots, and spread out the sells. This way, you hope to get a higher average price for your shares, by minimizing the price impact.

However, if you trade slower, there is always the risk that the stock you are selling will move randomly lower. So, a trade execution algorithm attempts to balance the reward (reduced price impact from slow trading) and risk (random price movements).

I got interested in this topic a few years ago. It seems clear that the stock seller wants to (i) maximize the total amount obtained from selling her stocks and (ii) minimize the effect of random movements in the stock price, relative to the arrival price. The obvious way to measure (ii) is by the variance of the total amount of cash received from the sale of the stocks. At the end of the day, that’s all the seller really cares about: maximize the total cash received, and minimize the uncertainty in the total cash.

However, when I looked at the actual algorithms used in practice, I noticed something odd. Instead of looking at the variance of the cash received at the end of trading, the risk measure used was based on the average volatility of the stock holding during the trading period. Now, obviously, these two concepts are related, but they are not quite the same thing.1

I was very excited about this, and then talked to one of the quants2 involved in trade execution at a major bank. He agreed with the basic mathematics: the average volatility was in fact different from the variance of the total cash. However, this guy made an interesting point. He liked the average volatility measure, because he had to manage a large book of trade orders. It was easier to keep track of what was going on during the day if he kept an eye on the average volatility of all his unfilled orders. This was a convenient measure of risk from his perspective.

I managed to get on the technical program of a practitioner conference, i.e. mostly bankers, not academics.3 I gave a talk pointing out the fact that the standard algorithm was sub-optimal from the client point of view. During the question period after the talk, one of the quants from a well-known investment bank reiterated the point I had heard before, i.e. the average volatility was useful from the bank’s perspective. Then, in a room full of about 200 quants, he summarized his comments:

“Sure, I agree that in general this is not the optimal strategy for the client. But most of our clients are not sophisticated enough to notice the difference.”

Note to self: don’t assume that investment banks are acting in your best interests.

1 Technically, this is difference between variance of the total cash received at the end of trading, and the quadratic variation of the trading portfolio.

2 Short for Quantitative Analyst.  Usually requires an MMath or PhD, and the ability to act knowledgeable even if you don’t have a clue as to what is going on.

The views of the author are his alone and may not represent the views of his affiliated firms. Any data, information and content on this blog is for information purposes only and should not be construed as an offer of advisory services. 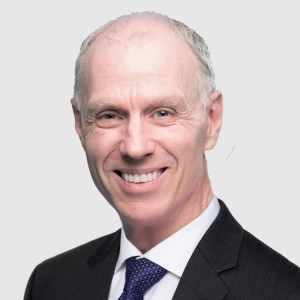 After graduating in 1979, Peter was a Senior Simulation Scientist with the Computer Modelling Group (CMG) in Calgary. After leaving CMG, Peter was the President of software start-up Dynamic Reservoir Systems (DRS) also in Calgary. He joined the University of Waterloo in 1987, where he was a Professor in the Cheriton School of Computer Science for 29 years. He is now a Distinguished Professor Emeritus.
More from Peter

Making bets with other people’s money

Picking up dollar bills in front of a steam roller

Tony’s Take: Do I have to sacrifice returns to invest responsibly?