In episode 22 of the podcast, I revisit smart beta, one of the most significant trends in the ETF marketplace. To help explain what smart beta is, and the challenges faced by investors who use these strategies, I interviewed John West of Research Affiliates, a California-based firm that was one of the pioneers of smart beta ETFs.

If you’re new to the idea of smart beta, you may want to start by flipping through a series of blogs I wrote on its theory and practice. These strategies fall somewhere between old-school active management and traditional index investing, because they are based on the idea that you can improve returns by building indexes that exclude some companies, and then weight the remaining ones in ways other than by their size in the market. There is definitely an attempt to do better than plain-vanilla index funds, but the rules are systematic, transparent and consistently applied rather than being entrusted to a fallible human manager.

John has written some excellent white papers on the behavioural risks associated with smart beta strategies. I especially recommend The Biggest Failure in Investment Management: How Smart Beta Can Make It Better or Worse. The main takeaway is that smart beta strategies might be expected to add value over time, but only if they are consistently applied over decades-long periods.

In the Bad Investment Advice segment, I address a comment made in a recent article on MoneySense.ca, in which investment gurus were asked to make forecasts about how the markets will perform in 2019. One of these commenters declared (with supreme confidence, naturally) that volatility would be significant and, “investors will no longer be able to rely on indices and ETFs rising, serving to lift all boats.”

This idea of a “rising tide that lifts all boats” is a popular myth that active managers use to diminish the success enjoyed by index investors. The subtext is that during a bull market anyone who puts money in stocks will do well, and as a result, active managers have fewer opportunities to outperform. But when markets are volatile, that’s when stock pickers like our commentator can shine. Call me cynical, but that opinion might have something to do with the fact that his own firm’s performance has lagged its benchmark over the last five years.

To examine this idea, I introduce the idea of dispersion, which refers to the degree of difference in performance between the overall returns of a stock index and that of its individual components. Consider the housing market, for example: if the overall market for Vancouver condos goes up by 10%, chances are most individual units will see a similar increase in value. It’s highly unlikely that some units will triple in price while others will lose half their value. That’s an example of very low dispersion. Now compare that to the world of venture capitalists. VCs might invest in dozens companies, fully expecting several of them to go bankrupt and others to provide astronomically high payoffs. That’s high dispersion.

While the stock market falls between those extremes, I present data from Vanguard and Larry Swedroerevealing that over the last decade or so there has been significant dispersion in the stock market, which means active manages had many opportunities to overweight the big winners and underweight the big losers. Broad market indexes may have risen, but not all boats were lifted.

Talking a much longer view, I look at a fascinating paper by Hendrik Bessembinder of Arizona State University, which revealed that stock investors have more in common with venture capitalists than home buyers. Bessembinder examined the returns of all 25,300 publicly traded stocks in the U.S. between 1926 and 2016 and found that just 42.6% of them delivered returns that exceeded one-month Treasury Bills during their lifetimes.

Take a second to let that one sink in. During the 90 years covered by the study, the U.S. stock market delivered an annualized return of 9.75%. Yet over that same period, more than half of all publicly listed companies performed worse than cash. How can this be? As Bessembinder explains: “Simply put, large positive returns to a few stocks offset the modest or negative returns to more typical stocks.”

The lesson? If you want to enjoy long-term success in the equity market, they way to do that is not by trying to pick the winners and avoid the losers, because there are far more of the latter. Instead, you can guarantee you’ll get the market’s overall return by simply buying an index fund and staying invested all the time. 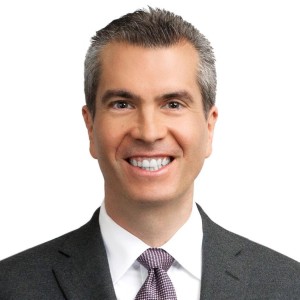