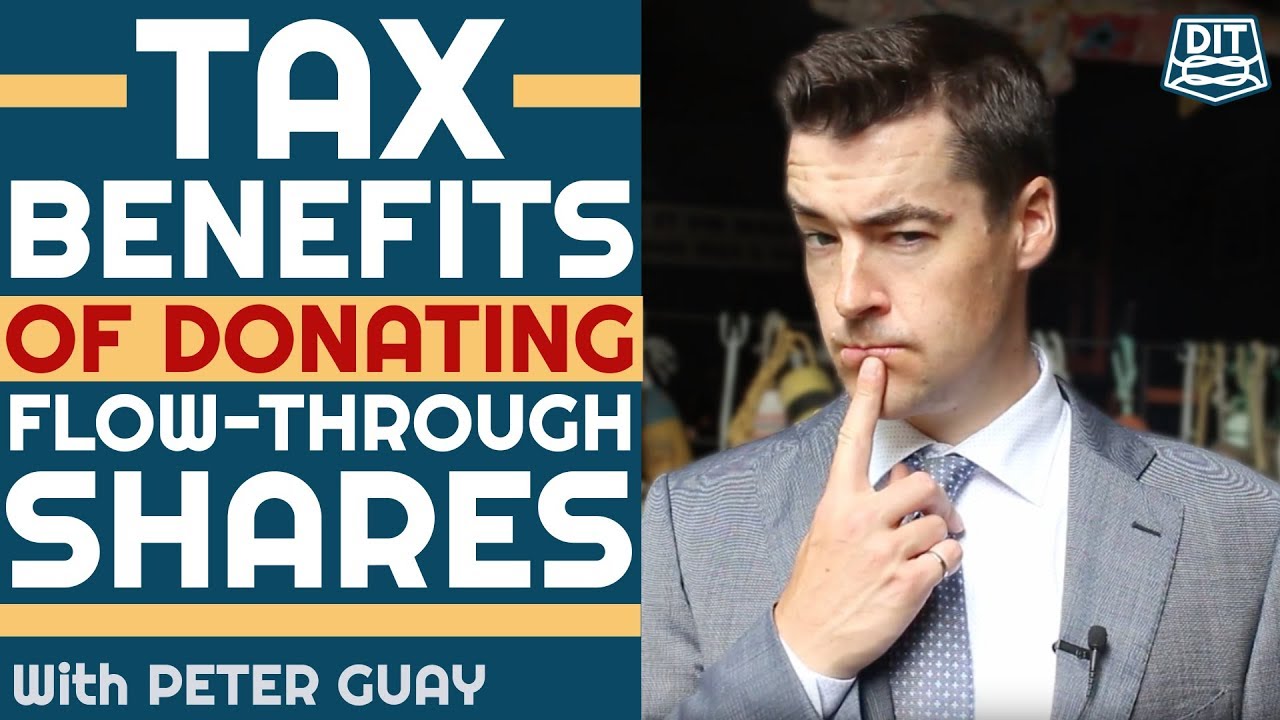 This is part three of my donations series where I talk about the tax benefits of donating flow-through shares.

Flow-through share donation plans are promoted by financial services companies that specialize in these plans such as Peartree Financial and Oberon Capital among others. They are commonly based on corporations in the oil & gas, mining and renewable energy sectors.

Flow-through shares donations can be complicated. Here is what you need to know.

It can get complicated, but here are the basic mechanics: you purchase flow-through shares in companies for which you can claim Canadian Exploration Expense tax credits and the equivalent tax credits in Quebec. These tax credits are substantial.

When you then donate these flow-through shares to a Canadian registered charity, you also get a donation tax credit for the market value of the shares. The charity then sells the shares to a 3rd party institutional buyer to monetize the donation. All told, the after tax cost of the donation is in the realm of 10 to 20% of the amount donated.

Now I’ve talked about the benefits but there are pitfalls you should be aware of. The financial services companies managing these take very high fees. There’s also a reason the mining tax credits are so high: these are very risky investments.

There is also a risk of governments changing their minds about taxation of these schemes.They are aggressive: you are doubling up on mining/exploration tax deductions and donation tax credits.

Though they get technical interpretations from CRA, these are not binding and leave open the possibility that CRA shuts down this mechanism like they did with the film credit donation schemes in the 90’s. Many of them had to distribute large capital gains to investors many years after the fact as CRA went after these structures.

There is a value to simplicity

So, like I said, it can get a little complicated! If you’re willing to live with the possibility that the CRA might reduce the benefit retroactively (and cause you an unexpected big bill after the fact), then they are worth a look. But one of my guiding principles is that there is a value to simplicity…I personally avoid complex structures like this for that reason.

Now this type of donation is a bit more complicated than cash, land or shares but while the tax benefits are substantial, they do come with a bit of risk.

How much Life Insurance do you really need?

Americans in Canada: How to invest?

Three Reasons to Start Talking About Your Family’s Wealth