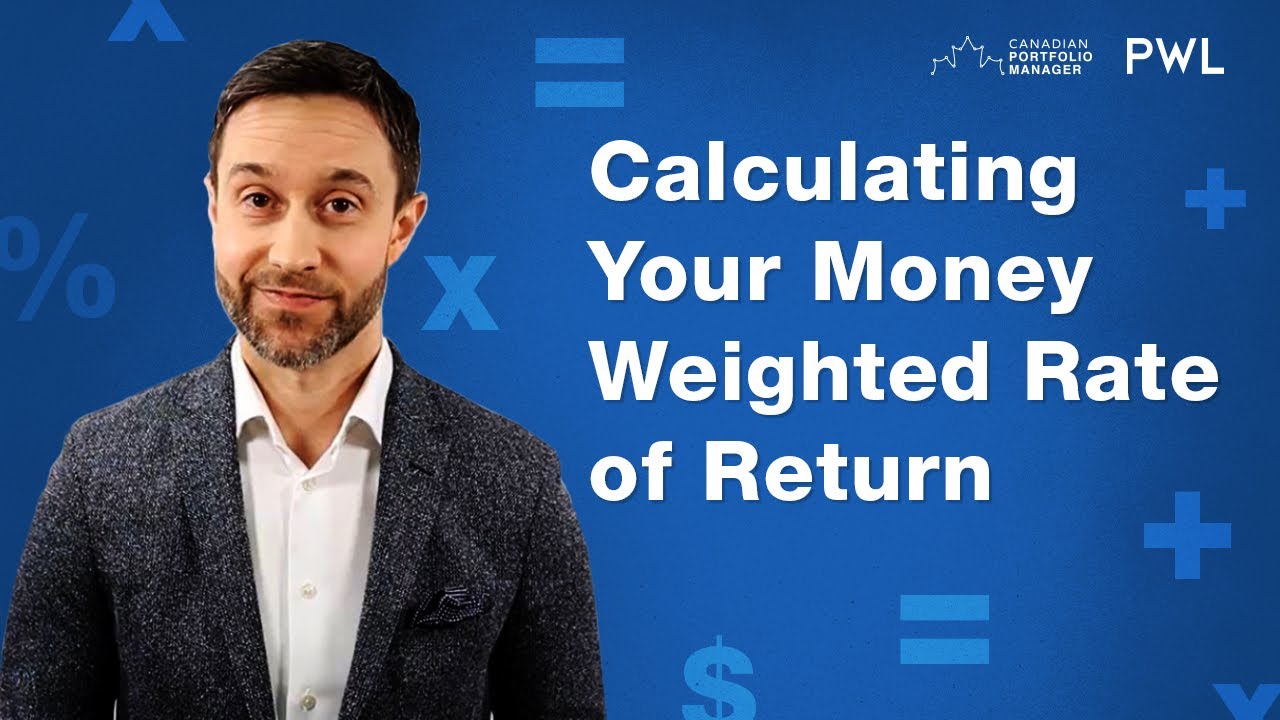 In my last blog, I covered the “Holy Grail” of portfolio performance benchmarking … your time-weighted rate of return (TWRR). Unfortunately, even holy grails have their limitations. In this case, even if you wanted to calculate the TWRR for your DIY portfolio, you’d have a tough time finding the data to do so.

But, even though all three of our hypothetical investors earned the same TWRR, chances are, they weren’t equally satisfied with the results. This is due to those different cash flow choices each made. Gob, who added more money at market bottom, benefited far more from the turn-around than Buster, who removed $10,000 from his portfolio just when things were about to get good again.

We can use the same scenario we presented in the TWRR blog to illustrate when a MWRR return can be more relevant to individual investors. Rather than removing the effect of cash flows—as a TWRR is designed to do – a MWRR shows the rewards or penalties investors receive from the individual timing of their contributions and withdrawals. Even if you preferred to think in terms of time-weighted rates of return, you’d still want to understand the strengths and weaknesses of the money-weighted method. That’s because the Canadian Securities Administrators has made the MWRR the industry standard for calculating the performance numbers you see in your account statements.

So how do we come up with your MWRR? It begins with what we financial nerds refer to as your portfolio’s present value.

For example, say someone offered to give you $100 one year from now. What is the present value of that future money? If we ignore inflation, the answer depends on the rate of return you expect to receive on your investments during the year. For example, assuming a 5% annual return, $100 paid to you in one year has a present value of around $95.24.

Calculating a MWRR involves finding the rate of return that makes the net present value of all cash flows equal to zero. Although this may seem like a daunting task, it’s simplified with the help of the XIRR function in Microsoft Excel.

We’ll start by entering the beginning and end dates for our measurement period, as well as the dates of any portfolio cash flows in the rows between these dates. Next, we’ll enter the starting portfolio value and any contributions. These will appear as positive values. Then, we’ll enter the ending portfolio value and any withdrawals. These will appear as negative values.

Lastly, we’ll use the XIRR formula to determine the MWRR for each of our three investors.

If you’re paying close attention, you’ll notice that Michael’s time-weighted and money-weighted rate of return are an identical 10.83%. This is expected in scenarios where there have been no contributions to or withdrawals from the portfolio during the measurement period.

For our other two investors, their money-weighted rates of return are noticeably different from their time-weighted rate of return, thanks to their cash flows. Gob contributed $10,000 before a period of significant outperformance (+42.11% versus -22.01%), so he ended up with a much higher MWRR of 13.97%. On the other hand, Buster withdrew $10,000 before that period of outperformance, which resulted in a much lower MWRR of 7.17%. This will make intuitive sense to anyone who has added funds right before a bull market begins, or withdrawn money at the tail end of a downturn.

Let’s review some important lessons here. First, the MWRR assumes all cash flows receive the same rate of return while invested. This means, when large cash flows occur during volatile periods, the MWRR can differ substantially from the TWRR. That’s why Gob’s 13.97% MWRR was significantly higher than his 10.83% TWRR. It’s also why Buster’s 7.17% MWRR was significantly lower than the same 10.83% TWRR.

So, when you’re interpreting money-weighted rates of return, remember what that might mean to your measurement. Here’s a key takeaway:

Depending on market conditions, if you happen to add or remove money to or from your portfolio at just the “right” or “wrong” times, your MWRR can significantly over- or understate your performance for the year … at least compared to your portfolio’s TWRR.

Now, sometimes, an investor may panic during a bear market, and deliberately take money out when they really should be sitting tight. Others might intentionally add money during a bear market, hoping to be rewarded for “buying low.” But at least as often, your cash flows into and out of the market may have nothing to do with any of that. You might invest new money because you’ve received a year-end bonus. You might take money out to buy a house, car, whatever.

The point is, the MWRR can be highly sensitive to the timing of your cash flows, which are often mostly coincidental to your actual long-term investment strategy. That makes them a dicey way to benchmark how you’re actually doing overall. They can lead you to falsely believe you’re either a demi-god or a big phoney, when your reality usually falls somewhere in between.

Consider, for example, an advisor working with our two hypothetical investors, but with different reasoning behind the timing of their cash flows. In the first case, it turns out Gob wasn’t so brave after all. He just happened to have received $10,000 from the sale of his family’s Banana Stand, and asked his advisor to add it to his portfolio. On the same day, Buster wasn’t all that worried about the market; instead, he happened to need $10,000 to pay for some scholarly pursuits.

If they view the results using a MWRR, each investor may incorrectly conclude that their investment strategy caused them to outperform or underperform their benchmark. And yet, their advisor used the same strategy for both by having them both invested in VGRO and making no cash flow recommendations for either.

Now, there are times the MWRR may have a role to play. If a portfolio manager does control cash flows, the MWRR might be more appropriate than a TWRR. Consider a hedge fund or private equity manager, who actively solicits new cash from clients to seize perceived “opportunities.” This manager should be held accountable for any outperformance or underperformance that results from this inflow of new capital.

But it’s important to note that the MWRR is only affected by external cash flows. In other words, by money that is added to or removed from the portfolio. Fund managers who use a market-timing strategy by alternating between holding cash and being fully invested should measure their performance using a TWRR. These buy and sell decisions are not affected by contributions and withdrawals from the portfolio.

The money-weighted method can also be useful for calculating rates of return when cash flows are small relative to the size of the portfolio. For example, if you have $200,000 in your RRSP and you make monthly contributions of $500, a MWRR would be an appropriate measure. It would likely be very close to your TWRR. However, if you have $40,000 in your TFSA, and you add a $10,000 lump sum in March, your MWRR for the year could be strongly influenced by the timing of that contribution … to the point of being misleading.

Despite its shortcomings, the MWRR may be your only option if you aren’t receiving regular portfolio performance reports to help you put the numbers in context. If that’s the case, your portfolio’s MWRR is better than nothing, and still worth keeping an eye on. But before you use it as your only measure of investment “success” or “failure,” remember what I’ve showed you in this two-part series comparing time-weighted versus money-weighted rates of return.