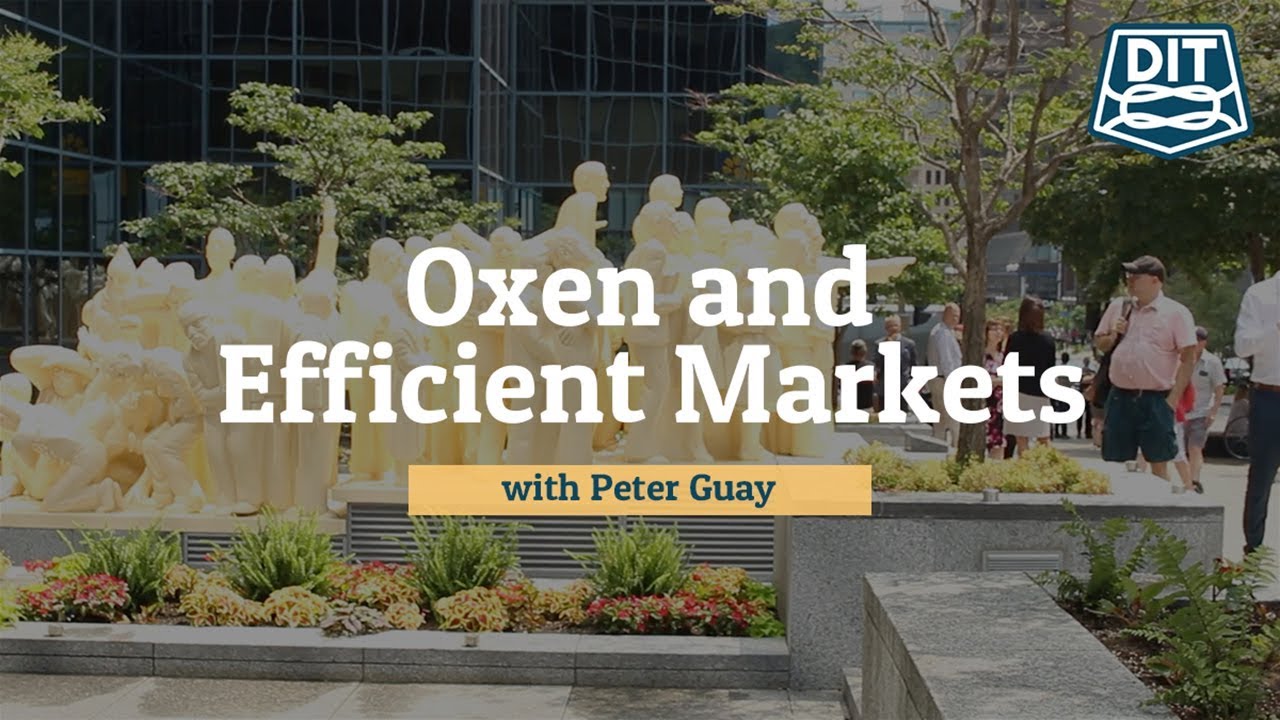 This discussion begins in 1906, at the Plymouth County Fair in England. Sir Francis Galton walks by a contest, where participants are asked to guess the weight of an ox. There are over 800 guesses; some from butchers and farmers, and many more from men and women with no expertise to inform their guesses.

Today, we’re going to step back in time to revisit a concept that is fundamental to understanding why stock markets are efficient.

Sir Francis Galton was a statistician, among other scientific pursuits. Being a curious man of science, he asked to see the 800 response cards from the ox weighing contest. He started by calculating the median response. The median, a term he coined, represents the middlemost response. In other words, when all responses are put in order from smallest to largest, it is the 400th response in this case.

He stated that the median represents the ‘voice of the people’. He can say this because any other response would have a majority of respondents voting, through their guess, that it was either too large or too small. This is a powerful concept! Let it sink in for a second. If you look at the 401stresponse in the sequence, there would be 400 people who think the weight is lower and only 398 who think the weight is higher.

To his amazement, the median was only 0.8% away from the actual weight of the ox. The median was 1,207 lbs, while the ox actually weighed 1,197 lbs, for a difference of 10 lbs. This is an incredible result!

What’s even more astonishing is that when asked to calculate the average, he discovers that the simple average of the responses comes to the exact weight of the ox, to the pound!

Wisdom of the Crowds

Francis Galton’s revelation, which is commonly referred to as the “Wisdom of Crowds”, is a good proxy for how stock markets work. There are millions of independent bids and offers on thousands of stocks around the world every day. Some of these are informed and some are not. The bids and offers that represent the ‘Vox populi’ are the ones where trades actually happen, or where buyers meet sellers. These medians are the guesses that establish the market price of each and every stock, just like they did for the weight of the ox.

This is market efficiency! The prices aren’t necessarily right, but we can’t predict in which direction they are wrong.

The U.S. election may be nerve-wracking but stay calm about your investments