Most readers of this column will know that one of the biggest wealth destroying mistakes you can make is trying to time the ups and downs of the market.

In fact, market timing is a major reason—along with high fees—why investors underperform the markets by a wide margin on average.

Investor behavior in recent months proves the point in dramatic fashion. A Globe and Mail analysis of Statistics Canada data shows that Canadian investors were once again their own worst enemy.

The S&P 500 index dropped by 6.9% in October and 9.2% in December. Investors reacted by selling after both declines—shedding $11.2 billion in U.S. equities in November and $8.5 billion in January. Indeed, they were selling even as the U.S. market staged its best January rally in more than 30 years—soaring 7.9%.

Interestingly, the data on U.S. stock sales is for both retail and institutional investors, indicating the even the professionals—who are paid to know better—were caught trying to time the market.

U.S. investors fared no better in reacting to gyrating markets in 2018. Bad trading decisions during the year cost the average equity fund investor to suffer double the losses of the S&P 500, according to the Dalbar research firm.

Investors underperformed in both good months and bad, finishing the year with a loss of 9.4% compared to a 4.4% loss for the S&P 500.

The conclusion seems obvious—don’t try to time the market—but the persistence of the phenomenon suggests it’s not so simple. Emotions can have a powerful effect on our behavior. Often, we’re not even conscious we’re in their grip until after we’ve made damaging decisions.

The emotional reaction that a headline like “The stock market is on pace for its worst December since the Great Depression” can provoke should not be underestimated. That’s why a personal investment policy statement (IPS) is so important.

An IPS is an agreement between you and your investment advisor that sets out what will and will not be in your portfolio. It establishes how much risk you’re willing to take by setting down your target asset allocation.

An IPS that fits your goals and risk tolerance, along with the advice of a trusted, experienced investment advisor, is the best way to stay on course through market turbulence. It allows you to ride out market drops, fully benefit from rallies, and keeps you from becoming your own worst enemy. 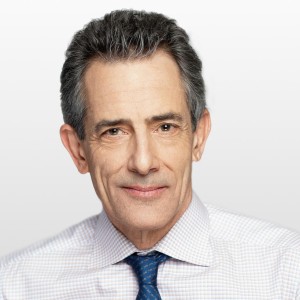 Putting dividend investing under the microscope

Investing in today’s markets: A time for discipline