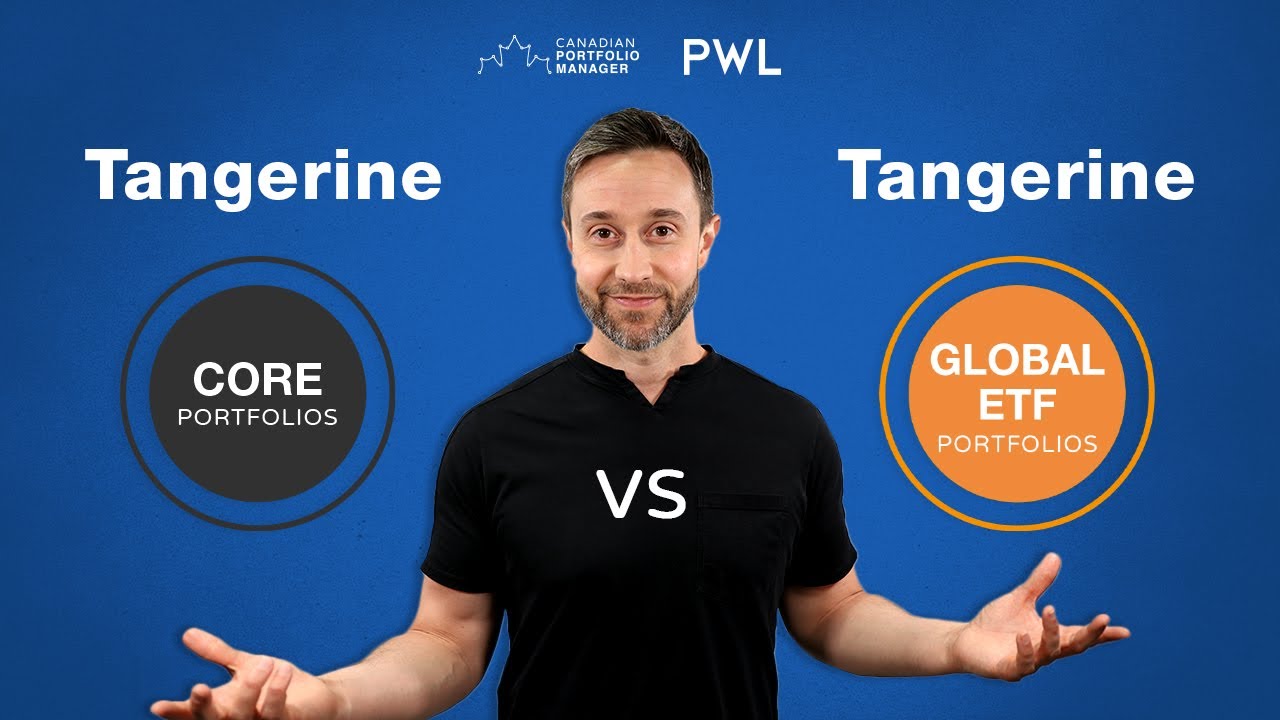 Way back in 2008, an online bank called ING Direct launched what they called the “Streetwise Funds.” They were a family of balanced index funds, and at the time they were the easiest and most cost-effective way for small investors to build a globally diversified portfolio.

If you already held an account with the bank, the setup could be done online in about 10 minutes. There was also no need to learn how to trade ETFs or rebalance your portfolio, as the funds took care of this for you. Investors clearly loved this convenience. We liked it too: in 2013, my colleague Dan Bortolotti and I co-wrote a white paper highlighting the benefits of these “one-fund solutions,” including low cost, broad diversification, disciplined rebalancing, and user-friendliness.

Today those funds are called the Tangerine Core Portfolios, and they’re still popular: they’ve accumulated around $5 billion in assets. But while the Tangerine portfolios are still cheap compared to most Canadian mutual funds, that’s a very low bar, and their cost has made them less appealing over time. In the dozen or so years since their launch, cheaper alternatives have become available, such as robo-advisors and one-ticket asset allocation ETFs.

As the competition heated up, we hoped Tangerine would lower the cost of their Core Portfolios. But instead of reducing the MERs on their existing products, Tangerine decided late last year to launch a new series of funds called the Global ETF Portfolios, with costs that are more in line with robo-advisors.

Let’s review a number of key differences between Tangerine’s Core and Global ETF Portfolios to help you decide whether either would be appropriate for you.

Perhaps the most obvious difference between Tangerine’s Core and Global ETF portfolios is their fees. With an MER of 1.06%, the Core portfolios are expensive relative to other index fund options. By comparison, the Global ETF portfolios sport an MER of 0.77%, which is more in line with the overall costs of many robo-advisors, once you factor in their management fees, taxes and the cost of the underlying ETFs.

And similar to robo-advisors, Tangerine will invest your cash automatically and rebalance your portfolio for you. This is ideal for investors with smallish portfolios who are contributing monthly, or those that don’t want to bother with purchasing asset allocation ETFs at an online brokerage. And like the Core Portfolios, the Global ETF Portfolios do not hedge away the currency exposure of their foreign equities.

And while the Core Portfolios have taken the Couch Potato approach of splitting their Canadian, U.S. and international stock allocations evenly, the Global ETF Portfolios have chosen a more “passive” approach. The funds’ equity allocations are weighted according to the relative size of each region’s stock market.

It’s important to note that unlike the equity allocation of the Core Portfolios (which will be rebalanced from time to time so Canada, the U.S. and international stocks will always have a roughly equal share), the equity weightings within the Global ETF Portfolios will change over time.

Unfortunately, it’s impossible to know which Tangerine portfolio will outperform going forward. Certainly over the past decade, a global market cap weighted strategy (like the one used by the Global ETF Portfolios) has resulted in higher returns for Canadians (albeit with a slightly higher risk, as measured by their standard deviations). The difference is almost entirely due to the outperformance of U.S. stocks over this period.

But in the decade before, an evenly split equity strategy (like the one used in the Core Portfolios) would have outperformed a market-cap weighted approach, and with slightly lower risk.

And if we look back at that entire 20-year period, both strategies would have provided Canadian investors with almost identical returns before fees and taxes. In other words, don’t fall prey to recency bias. The last five or ten years tell us little about what to expect going forward. Even with higher fees, the Core Portfolios could go on to outperform the Global ETF Portfolios over the next ten or twenty years.

Another important difference between the Core and Global ETF Portfolios is how the funds gain exposure to each asset class.

The Core Portfolios hold the individual bonds and stocks directly, whereas the Global ETF Portfolios, as the name suggests, hold four Scotia ETFs, as well as an iShares emerging markets ETF. Neither strategy has a tax advantage for investors, so it would appear Tangerine chose to hold ETFs in their new products for convenience—and possibly for marketing reasons, as an “ETF” portfolio just sounds cooler.

The Core Portfolios track popular indexes that you may recognize, while the Global ETF Portfolios have opted for the lesser known “Solactive” brand of indexes. However, even though there are bound to be slight return differences, we wouldn’t expect these to be significant over the long-term, as the traditional indexes and their Solactive counterparts track a similar basket of securities.

For example, both the S&P/TSX 60 Index and the Solactive Canada Large Cap Index track the performance of around 60 large-cap Canadian companies. Similarly, the S&P 500 Index and the Solactive GBS United States 500 CAD Index include around 500 large-cap U.S. companies. And on the international equity front, the MSCI EAFE Index and its comparable Solactive index both track the performance of hundreds of large and mid-cap developed companies operating outside of North America.

If you’re looking for an incredibly simple and truly passive investment approach for a reasonable fee, these portfolios may be better suited for you than traditional robo-advisors, which often hide behind a passive investing label, even while adding a layer of active strategies. So if you’re just starting your passive investing journey, or if you prefer a completely hands-off approach to building your wealth, Tangerine’s Global ETF Portfolios could be just the solution you’re looking for.