If you follow the business news, you know there’s been a lot of speculation lately about whether we’re heading into a period of persistent high inflation.

The trigger for these concerns has been a spike in prices that saw May headline inflation hit 3.6% in Canada and 5% in the U.S.

Some economists are concerned that long-term inflation is being stoked by massive monetary and fiscal stimulus to fight the pandemic recession, combined with pent-up demand from consumers and supply chain bottlenecks as the global economy reopens.

Should we be worried? While we don’t make forecasts about where the economy or the markets are heading, there are signs inflation fears may be overblown.

Both the Bank of Canada and the U.S. Federal Reserve insist the current inflation surge is transitory and there remains a lot of slack in the economy. Although disagreement has emerged recently within the Federal Reserve leadership over the seriousness of the inflation threat.

More importantly, the bond market is not signalling high inflation expectations. If the millions of investors who make up the bond market foresaw a sustained bout of higher inflation on the horizon, they would bid up interest rates. In fact, rates did move sharply higher earlier this year, but since mid-May, they have dropped by .10% in Canada and .25% the U.S.

Looking at the longer term, many observers believe high consumer and public debt and an aging populations are secular trends that will keep a lid on inflation. Economist David Rosenberg believes once things settle down towards the end of the year, the focus will shift back to deflation as the real threat.

Certainly, the stock market hasn’t shown any negative effects so far from the upswing in inflation. It remains at or near all-time highs in Canada and the U.S.

While the stagflation period of the 1970s produced terrible equity returns, inflation has historically been good for stock prices when it’s accompanied by economic growth.

The Credit Suisse Global Investment Returns Yearbook looks at the impact of inflation on global stock and bond returns from 1900 and 2020. It shows that real returns turned negative only in the worst 20% of inflation occurrences. It also found that long-term bonds were hit far worse than stocks during bouts of high, sustained inflation.

So, how should investors think about the today’s cross-currents of information and opinion about inflation?

Your first reaction should be to tune out the day-to-day noise in the media. Nobel Prize winning economist Eugene Fama noted in a recent webinar that future inflation movements are even harder to forecast than interest rate and stock movements, which is to say they are impossible to predict.

Nevertheless, we know inflation is an important variable in financial planning and a risk to be considered. To manage it and other risks, it’s critical to have a financial plan and to be disciplined in sticking with it through market volatility.

To protect against inflation, choose high-quality, short duration bonds for the “safe” portion of your portfolio. Shorter duration bonds turn over more quickly and thus avoid the heavier losses that longer-term issues suffer when inflation and interest rates rise.

Allocate the rest of your portfolio to stocks and higher yielding income securities, ensuring you are globally diversified because inflation might not hit all countries at the same time.

Ignoring the noise and focusing on the fundamentals of prudent investing are the best ways to grow your wealth and keep your peace of mind, no matter what happens in the economy and markets.

To learn more about good investing practices, get a free copy of our new eBook, the Seven Deadly Sins of Investing. 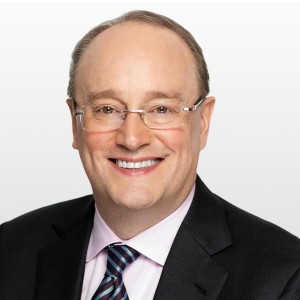