General Electric — a New York Stock Exchange icon — fell off its pedestal in 2017, with a drop in share price wiping out over $100 billion in market value. Management even decided recently to reduce the per-share dividend by half. What do we know about GE’s history and what can we learn from it? Here are my observations.

1. GE dates back to the days when people lit their homes with candles and used horses to get around.

It was born from the merger of Edison Electric Company (does inventor Thomas Edison ring a bell?) and several other cutting-edge electricity-era companies. GE quite literally lit up the United States and probably a number of other countries.

2. In 1896 GE was one of the original companies listed on the Dow Jones stock market index, and it is listed to this day, with a weighting of 0.5%.

It was nevertheless briefly excluded from the Dow twice around the turn of the 20th century.

As a member of the Dow Jones index, GE is more than a colossal corporation. It is also seen as a flagship of the U.S. economy. The fact that it has managed to retain its status as a top-flight corporation for more than a century is exceptional.

4. GE is a huge industrial conglomerate active in over 30 sectors.

Its business model has been copied by multinationals like Siemens (Germany), Mitsubishi (Japan) and Samsung (Korea), to name but a few.

5. Despite the drop in its share price, GE is still a stock market giant, with a capitalization of $158 billion.

If it were Canadian, it would be the country’s number-one publicly traded company in terms of market value, significantly ahead of the Royal Bank of Canada. In the United States, it is ranked 30th.

6. A stock market tumble: What else is new?

GE’s stock market woes have drawn the public’s attention in recent weeks. However, its problems aren’t recent. Its share reached an all-time high of over $60 in 2000. Seventeen years later, the same share is stagnating at less than $20. In terms of value creation, we’ve seen better… Even so, at its peak, GE seemed to be an iron-clad security. Beware: If you’re sometimes tempted to prepare your financial future by investing all of your savings in a handful of leading companies, thinking that nothing bad can happen, the following chart shows the considerable risk of a concentrated portfolio. 7. Is this a good time to buy GE shares?

Don’t count on me to try to predict the future. Other pundits will doubtless publish much better analyses than I ever will. However, let’s keep in mind it’s neither you nor me who sets market share prices. Most of the volumes traded depend on decisions by the people at the helm of the planet’s big pension funds, sovereign funds, brokerage firms and hedge funds. Believe me, they know what they’re doing. If they’ve decided that GE’s share is worth $19, it’s because that’s about how much it’s worth. Changes in GE’s share price will depend on future events that are unknown. Just because a share has plummeted doesn’t necessarily mean that it will bounce back. So please, if you want to beat the stock market with GE, think of the adventure as a trip to the casino and limit your investment. 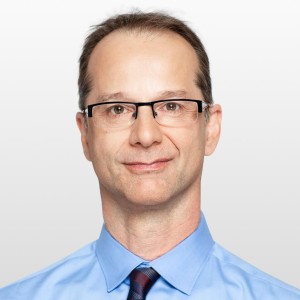 Are equity markets really as expensive as people say?

Understanding the Value of an Investment Advisor

Our clients would never know the difference anyway

Should you be Trend Following with Managed Futures?