Financial services and our regulatory agencies. They go together like wine and cheese, cell phones and texts … an ice rink and a hockey puck. Granted, the processes and procedures governing our industry may not be quite as enticing as these other pairings, but they’re quite important in safeguarding your wealth and well-being.

That said, why have just one regulatory agency when you can have at least four? Who are these agencies and what role does each one play? Let me introduce you to the entire team.

If you’ve ever been a hockey mom or dad, you already know that the head coach may be the least enviable position on the team. A head coach is supposed to be the one in charge, right? But everyone from the players to their parents to the assistant coaches tends to think they know better, and they usually aren’t shy about saying so.

In similar fashion, the CSA is a voluntary umbrella organization in charge of improving, coordinating and harmonizing Canadian capital market regulations. To help ensure everyone’s voice is heard, it’s composed of members from each provincial and territorial regulator. But, while the CSA operates federally, our capital market regulations are created provincially. The CSA’s multifaceted mission is to protect investors; foster fair and efficient capital markets; reduce risks to the market’s integrity; and maintain investor confidence in the market. Sounds like a barrel of fun, doesn’t it?

The “Parents” – The Provincial Securities Regulators

We know who’s really in charge on your kid’s hockey team – especially if it involves your kid. That’s why you might think of the comparable provincial (and territorial) securities regulators as the ones who are actually calling the shots for their turf. Besides creating their own provincial or territorial regulations, they also oversee enforcement of the same and handle any security violation complaints that occur in their jurisdiction. Their primary mandates are to promote the integrity of financial markets and ensure investor protection.

In Ontario, our provincial regulator is the Ontario Securities Commission (OSC). In Quebec, it’s the Autorité des marchés financiers (AMF). Incidentally, the AMF is not only charged with regulating Quebec’s financial markets and assisting financial consumers, it’s more inclusive than some of the other regulators, in that it integrates and oversees insurance, securities, derivatives, non-bank depositor, and financial product and service providers.

For both provinces, I think the arrangements work pretty well. Every system has its drawbacks but, like those parents ferociously protecting their own in the rink, you can bet a provincial or territorial regulator is going to be very engaged in protecting its own investors and market participants.

So, as just described, each province regulates securities activities within its borders. But then we also get to add “self-regulatory organisations” (SROs) to the mix. SROs are private industry organizations that the 10 provincial and 3 territorial securities regulators have permissioned to regulate their dealer member firms. The Investment Industry Regulatory Organization of Canada (IIROC) is one of the better-known SROs. It’s responsible for enforcing compliance with securities legislation and also has the power to prescribe its own rules of conduct and financial requirements for firms. For a firm like PWL, this means we get to regularly interact and comply with IIROC and its rules, but must adhere to provincial and territorial rules as well.

Don’t forget that interesting wrinkle, though: As an SRO, IIROC is not a government agency. It’s a self-regulatory body, which means it’s made up of trading and investment dealers who are charged with overseeing the same. At a glance, this may seem like the government has handed the financial industry a hall pass and a pair of scissors but, trust me, that’s not how it works. For starters, IIROC is regularly audited by the CSA to ensure its mandates are being met. The arrangement has been in place now for nearly a decade, and so far, it seems to be working as envisioned.

With so many players involved – on and off the ice – somebody’s got to step in when there’s trouble brewing at the hockey rink. Likewise, as I touched on in my last post, the Financial Transactions and Reports Analysis Centre (FINTRAC) is around to deal with those times when high-power sleuthing may be needed to weed out potential financial fraud, wherever it may occur. When FINTRAC blows its whistle, we and everybody else pays attention.

So there you have it – the regulatory team overseeing our industry. As in my own role as PWL’s Chief Compliance Officer, our regulators sometimes have to play the bad cop – requiring extra paperwork, demanding additional actions and occasionally challenging our initial answers. This can sometimes make them unpopular. But at the end of the game, I’m sure glad they’re around to help keep all of us a little more safe. Besides, there’s an added bonus for me: tons of job security. 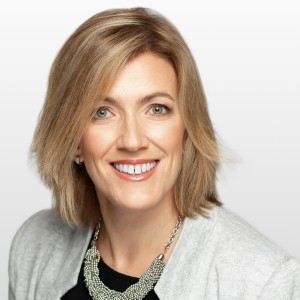 As PWL former Senior Director of Operations and Compliance, Jennifer played a vital role in the company's day-to-day operations, monitoring all of the firm's investment-based activities.
More from Jennifer

CRM2, Your Car Mechanic, and the Dilemma of Expert Advice

Tony’s Take: Show me the money

Tony’s Take: The battle for Canadian investors goes on